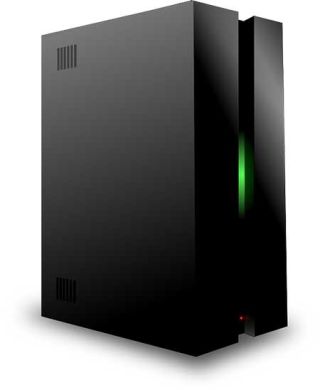 Doomed by fate ... or is there another way forward?

Opinions and approaches vary regarding how to ‘best’ utilize new technologies to support teaching and learning in ways that are engaging, impactful and ‘effective’.

A recent paper from J-PAL (Education Technology: An Evidence-Based Review) finds that rigorous evidence about what works, and what doesn’t, in this area is decidedly mixed. While what works seems to be a result of many factors (what, where, when, by whom, for whom, why, how), what doesn’t work is pretty clear: simply buying lots of equipment and connecting lots of schools.

Why does this continue to happen, then?

Many in the ‘edtech community’ feel that policymakers simply don’t understand that buying lots of equipment won’t actually change much (aside from its impact on the national treasury), and that if they did understand this, they’d do things differently.

In my experience, the reason that many places end up just buying lots of equipment, dumping it into schools and hoping for magic to happen (a widely acknowledged and long-standing ‘worst practice’ when it comes to technology use in education) isn’t necessarily that the people making related decisions are dumb or uninformed or corrupt (although of course those scenarios shouldn’t be dismissed out of hand in some places).

Rather, it’s that it is the easy thing to do, and something over which education officials (and the politicians who give them their marching orders) have some degree of control. It’s visible, can be measured, and can occur in a relatively predictable amount of time (although when making such predictions, you would probably do well to double or triple your original time estimate). If you’ve sent books to schools, you can do the same with tablets. If you’ve provided schools with electricity, you can do the same with connectivity. It may be more difficult than you thought, and more expensive, and take longer than planned, and you’ll probably have to deal with new sets of vendors and partners (and monies will go missing in new and creative ways that you haven’t seen before, in addition to how they have sometimes disappeared in the past), but you can do it, without too many stresses on how you normally conduct your business.

Using ICTs to catalyze behavior change in education is something else entirely. With the possible exception of North Korea (and in that regard I am just making an educated guess), I don’t know of any place that can catalyze the type of (let’s be honest) pretty radical behavior changes in a country’s schools that promised and predicted by numerous political leaders, tech visionaries, and government officials, aided and abetted by their ‘technology partners’, simply by executive fiat -- and by making available lots of technology.

It’s quite possible to buy and distribute lots of technology to schools, educators and learners without rethinking the normal processes, procedures and rhythms that characterize a country’s education systems. Surveying the past few decades of activity around the world, that appears to be the default course of action in most places. In the end, it is quite possible, indeed likely, that you’ll end up using the new technology you just purchased and dropped into classrooms (and onto the laps of teachers and students) in ways that simply are about doing more of what was done before – just now with technology, and at an added cost.

If the goal is to build a visible monument to yourself (or your boss), a physical manifestation of a transformative ‘vision of the future’ – well, that’s a goal that can be achieved. The photo opportunities will be abundant (at least in the short term). The simple allure of exhibiting an edtech edifice complex is hard ignore. But: Plopping down a monument on a given street doesn’t change the direction that the street flows. And: Where people find what you’ve built to be an inconvenience, you perhaps shouldn’t be too surprised when they simply route around it.

I spend a lot of time trying to learn from people and places doing a lot with technology in education – and who have been doing things for a while. There is no substitute for experience, especially when it is hard-won and informed by past failure.

Two examples of places that I regular hold up as global examples of countries that are approaching things in the ‘right’ way (although far from perfectly – we are talking about real life, not a textbook) are Uruguay and South Korea. They’ve made a fair number of mistakes along the way, to be sure, and no doubt will continue to do so, but both countries have made concerted efforts and targeted investments to identify and learn from these mistakes, as quickly as possible, and to invest in the capacity of their own people and institutions to lead this process.

The Uruguayans took about five years to connect their schools, get devices into the hands of kids and teachers and classrooms, and make available a basic level of digital content. Five years -- that’s in a pretty small, pretty developed place, with lots of local capacity and enlightened leadership. One of the reasons that it took them so long – in addition to the fact that this stuff is nontrivial, especially when you want to work in all communities, not just where it is easiest -- was that they have been careful along the way to help develop, stimulate and support a variety of stakeholders, actors and institutions inside and outside of government. Such groups were believed to be instrumental if the technology equipment was to be used ‘effectively’ (however one understands the term), let alone used to support and enable changes in behavior in the long run. Only now, a decade after ‘Plan Ceibal’ was conceived, is hard evidence about the impact of what they’ve been doing on student learning outcomes starting to emerge.

Korea, perhaps the most connected place in the world, with undeniable technical prowess and riches and which features an efficiently run, centrally-managed school system with students who do very well on international assessments, is now (practically speaking) on its third attempt to introduce the use of digital textbooks at scale over the past decade. If it is taking the Koreans this long to ‘make everything digital’, how practical is it that another country will be able to do so much quicker?

Most countries, of course, don’t have the internal capacities of Uruguay – let alone Korea. This doesn’t mean that such capacities can’t be developed. But it means that countries will have to invest in institutions, and in people – and in mechanisms and systems that will incentivize various behaviors that they want to cultivate. This is what ‘development’ is all about. It’s hard, and it’s messy. The first time you try something, especially if it is with new technologies, you will almost always fail. It’s what you do after you fail that’s important.

Connecting schools, providing devices, buying digital content: That is just procurement. The procurement of ICT-related stuff (especially in ways consistent with the way that most governments operate, to say nothing of the international donors and aid agencies who support them) is no small task. But it’s the easiest one.

Even where there are investments from the beginning, and consistently over time, in the people and institutions who can catalyze and sustain change in education, enabled by the use of ICTs, there are no guarantees. But if you don’t make these sorts of investments, ‘failure’ is pretty much assured.

Of course, even the most well informed, capable and experienced people will at times need to willfully suppress what they know is necessary, indeed ‘good practice’, when it comes to all this stuff in order to generate the sort of visible quick wins on the (often impossible) project timelines that are dictated to them from above. The windows for change often open only rarely—and they can shut just as quickly as they were opened.

C’est la vie. If this were easy, presumably it would have been done already, no?

Note: The image used at the top of this post of Oedipus cursing his son Polynices (“doomed by fate ... or is there another way forward?”) is from a painting by the Swiss painter Henry Fuseli. It comes via Wikimedia Commons and is in the public domain.