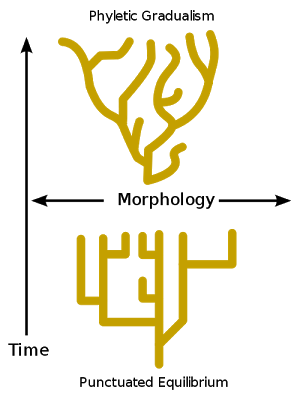 Last week,Scot McLeod finally published the articlehe’s “always wanted to write.” In an open letter to educational leadership professors across the United States, he raised several issues and posed a variety of important question to the field. Namely:

I agree completely with Dr. McLeod andhave also said these things before. I think his article was very well researched and will play an important role in motivating many within the field toward a more intentional focus on contemporary needs and skills - while highlighting the role teachers and their behaviors play on influencing and preparing those that enter the profession. Because his article was published in a printed journal, I also think it has the potential of reaching a population of stubborn professors who may not have yet heard this message before.

Many, nevertheless, have heard this message - on a number of different occasions - and I believe the time to move beyond mere motivation has clearly come. Until we strategically attack each ofthe barriers that hold so many back, we will continue to move slowly, our schools will continue in (relative) irrelevance, and the faces of many-an-ISTE-goer will proceed through every shade of blue imaginable while singing this same sad tune. Additionally, I think some cultural circles will simply never adopt technology as a primary tool for instruction.

To be clear, I think looking to the knowledge gained in other fields, at this time, can drastically help ours as we continue to battle the sociocultural and other issues that obviously plague our population. Just as Dr. McLeod has called on his peers to clue in on "the largest transformation in learning that ever has occurred in human history," I call on these same peers and others to:

Sometimes I think we work too hard to push (force?) those along who will eventually - and very naturally - be left behind. Sometimes I also think that if we're really serious about making change happen more quickly in our schools, then we need to do a better job of understanding and helping the culture within these schools to change. Change a culture, and you've changed the future; for better or for worse.

Continue the conversation with Dr. Draper onTwitteror on hisblog. Let's learn together!