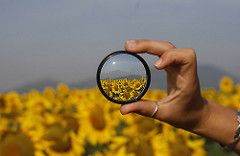 One of the issues that comes up again and again in our CoETaIL program is the “essential technology skills” that all of our students (and teachers) need to know. Now, I have to admit, I usually have a hard time with this idea, because it often comes with a list of skills like: bullets in Word, formulas in Excel or animations in PowerPoint. Basically all the things I’ve been trying to de-emphasize in favor of bigger, more wider-reaching concepts like collaboration across distances, communicating ideas to multiple audiences, or creating something new using technology tools.

Sure, you need to know how to add bullets – but you should learn how when you’re writing a list (”just in time“), not for the sake of knowing “just in case” you might need it. So, it was very interesting to me when our conversation in our last course took a turn to something I can really relate to – rather than the list of standard MS Office “skills” that were all the rage in the 1990s (with the previous edition of the NET*S), but those almost unidentifiable skills that frequent computer users just seem to take for granted. Things like:

These are things that are common from program to program as well as on multiple operating systems. They’re not specific tasks that you only use once in a while, they’re things we do every day, and those that are comfortable with these skills often find learning new technology tools a lot easier than those that are not. It’s like these skills are part of a special language that we can speak in order to understand how to interact in any given technology-based environment.

What’s especially interesting about these little, seemingly meaningless, skills is that they truly are transferrable and haven’t changed much over time – they’re certainly not dependent on a specific version of software. Unfortunately, despite their consistency, they often cause a lot of confusion for people who aren’t really comfortable with technology.

But here’s the thing: how many of these kinds of skills are there? Is there some kind of list? Because it’s almost impossible to think of all of them once they become second nature. Yet it’s easy to see how much people struggle when they haven’t learned them or don’t “see” them when they’re using technology. Even when we support people who are new to technology, we almost expect that they can see these small clues the computer gives us, in fact, they become implicit in our understanding of how to use a computer.

We simply expect people to know why the mouse and cursor change shape and what the shapes mean, or that you can figure out how to do pretty much anything by checking the help menu in any program, or that you need to highlight something before being able to change that item because that’s how you “tell” the computer what you want to change. These have become intuitive skills for those of us that use technology regularly, but unfortunately not knowing them has become an obstacle for others to overcome.

How can we make these simple and far reaching technology skills explicit?

A few weeks ago, I was in a grade 2 classroom demonstrating VoiceThread for a quick and easy science project. Based on our conversation in CoETaIL from the day before, I wanted to see what the second graders knew about these basic skills, so I spent a few minutes of my lesson specifically highlighting the many ways which the computer gives us “clues” about what to do.

First, when we logged into VoiceThread, we looked all around the screen to see if we could figure out how to make our own VoiceThread based on the options. It took them a few tries to understand that the “Create” button was telling us that this is the place where we can create our own Thread.

We basically went on like this throughout the process of creating a VoiceThread. To be honest, I thought all of those “signs” would be blatantly obvious to these 7-year old students, who have grown up with computer games, but they weren’t. As soon as we pointed them out, it was clear to see that they made sense and that with continued discussion, they would become second-nature. But again, who’s going to be having this discussion with them if their teachers aren’t comfortable with these implicit skills either?

Not that I’m looking to make another old-school list of standards, but what else would you put on the list of implicit tech skills like these? Do you teach them in your school?