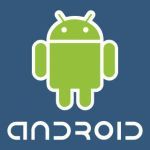 I’ve been using myBlackberry 8830since November 2007. I got it around the same time lots of my techie friends were getting theiriPhones, but I refused to switch providers as my family has four lines and it was just too much to go through that kind of hassle. I’m sure you understand.

My Blackberry did everything I wanted it to. I was able to communicate through e-mail,Twitterand ultimatelyFacebookas well. But as time went by,browsingbecame an issue. The model I had did not have a built in camera and the multimedia functions of it were just not fulfilling my needs. So much so that when I was in my own home and otherWi-Fi environments, I got in the habit of using myiPod Touchto access all of my social networks and communication needs.

Then came the Droid.

This is an early holiday gift from my husband. (You’re welcome Chris. Now you don’t have to go shopping for me.) After reading and researching theAndroid Marketand checking out the many features of the phone itself, I took a field trip to my provider’s store this past Sunday. Here are the initial features that sold me:

I turned off my Blackberry forever. It was funny. A few days later my 6-year old asked me if I missed it and I realized that for the last couple of years she’s known me to pretty much always have it with me. But the answer was easy. I didn’t miss it at all.

I walked out of the store, got in my car and just for fun used theGoogle Mapswith Navigation over speakerphone to get home. The voice over the Droid gave me ACCURATE, turn-by-turn directions to get right to my driveway. Not that I won’t still use myGarminGPS, but it’s nice to have an alternative.

One thing that the gentleman at the store explained to me is that I would no longer be able to use Microsoft Outlookto sync my Calendar and Contacts.Bummer. So, when I got inside, I fired up my computer and exported everything out of Outlook and imported everything into my Google Account. This is something I had planned to ultimately do anyway, I guess I just needed a reason. Check this out:

I’ve been downloading and using a few of the apps from theAndroid Market. There are about 10,000 apps there. I realize that for you iPhone users, there’s still no comparison, and I’m not writing about the Droid to bring it into the classroom, but because it’s such a great productivity tool for me. So here are the apps that I have downloaded and used so far with thanks toDamian BariexcaandPaula White:

It’s not quite yet a week. I have so much to learn. I’ve beenbookmarkingsome great resources and I plan on posting more on the Droid in the near future. If you have one and care to share your experiences or some apps that have been helpful, please do. If you are thinking about getting one, don’t hesitate to ask me about mine.