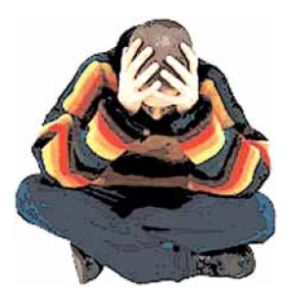 Is the average high school student able to define social networking or give an example of it? I thought most would use Facebook as an example, but during a recent visit to a local high school, one freshman student used e-mailing his teacher in First Class as an example. Many of his classmates were of the same opinion as he, so it opened up a much-needed conversation during which this classroom full of 20 students spoke about where they preferred to network with each other.

Their preferred places to communicate with their friends:

As for social networking in schools, the students felt that there were just too many places to have to check already (a complaint that teachers share themselves). It was the one topic of conversation that period that everyone in the room seemed to agree on. The complaint was that in one subject area the teacher would use Moodle, the next Google Apps, the next Diigo and that ultimately they forgot to check something and missed turning in an assignment.

When asked which network would be the preferred place to use for school, students had a tough time coming to a consensus. We posed a similar request as to which gaming system the majority of the class would prefer to use (ie X-Box, Wii, Nintendo DSi) and they could not make a decision either. We reasoned that teachers felt the same and found it difficult to find a content management system or collaboration tool that satisfied every staff member in a building which resulted in all these different tools the students had to use.

The conversation ended with a link to a Wallwisher we had set up in the hopes that those that didn't particate in the conversation might take a stab at it this way. They didn't really. The comments left were from the same boys (the young ladies remained very quiet during our session together) that shared their opinions during class and the tool, in this case, didn't reveal anything that our talk hadn't uncovered. But it did introduce the classroom teacher to an easy way to post a question or topic and have students share answers.

Yet another place to have to check for information.