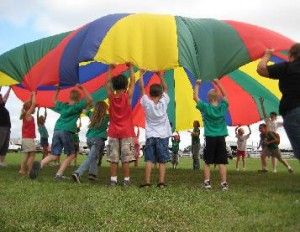 I know that the starting place for most interactive table devices is sliding images, and playing simple education games—pushing words around, or math and word speed drills. I also know that developing more elaborately complex uses are being thought. I wonder, though, if the collaborative values of these devices, that can have as many as six students working at the same time, have been considered fully. I have many thoughts on this, but let me suggest one extremely necessary possibility for table devices.

When I taught at-risk students, they were at the 6-8th grade levels, but because I’ve taught at all levels, including primary, my interactive table idea can work anywhere. So, let’s begin with the social and emotional learning (SEL) value. Every educator has experienced students leaving the classroom for the guidance room/office for talks with guidance personnel. Small groups meeting, with students, about how to handle bullying, divorce, behavior, moving to and from locations, as well as school difficulties, where a group conversation works best are commonplace—and in most cases scheduled daily. I think that a collaborative interactive table in guidance rooms would be a perfect fit, especially if the content on them matches the guidance educator’s goals and outcomes for students. Those difficult conversations that occur during a collaborative table activity will happen in a way that is almost impossible with individual talks, gadgets, or solutions. There are many times when gathering students together is necessary.

Recently, I asked a friend if there was anything I could do in response to a school tragedy. And because my thing is really education technology, that’s where my thinking led me. I couldn’t think of a better device than one, or more of these interactive tables, used as a therapeutic meeting place for helping students deal with difficult times. I think this is especially true for young students, where the conversation can’t be forced, and most always happens when you least expect it. Guidance professionals with an interactive table, in their rooms/offices, would have a helpful tool to do what a pad and pen, laptop or tablet, or even an interactive wall-hanging board can’t do.

The interactive table was Microsoft’s original “Surface” and really never amounted to much beyond a play toy until education experts looked at it and saw classroom possibilities. Two companies, Promethean and SMART, offer a version of an interactive table—the former is the Promethean ActivTable and the latter is the SMART Table. There are some differences in software, and even in their appearances—Promethean’s allows kids to put legs under it, and has wheelchair access, while SMART’s is more box-like with fully enclosed sides. I’ve seen these tables referred to as “Big iPads” because of their touch screen abilities, but that doesn’t really scratch the surface of what these interactive table devices can do.