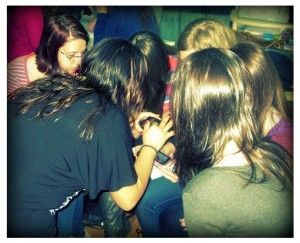 Part of the Mobile Learning Series!

“The principle goal of education in schools should be creating men and women who are capable of doing new things, not simply repeating what other generations have done.” ~ Jean Piaget

I have been traveling throughout Slovenia and Croatia for the past month training teachers in integrating Bring Your Own Technology (BYOT) effectively with their classes. I was very fortunate to have the opportunity to teach various classes of teens throughout the two countries to show teachers how BYOT works. For the days I was teaching the students, these schools lifted their policies and allowed the students to use their devices as a way of getting technology in the schools. The teachers wanted to see BYOT in action, especially with students who were never allowed to use their mobile devices or other technologies before for learning. BYOT was a great option because many of these students would not usually be able to learn with various technologies in schools if they didn’t bring them in. I’ve posted a video created by Marijana Smolcec who filmed me working with the students at her school in Ogulin, Croatia.

One problem with integrating most technology is that schools and teachers rely too much on Internet access. We forget that even without the Internet, laptops and mobile devices are very powerful learning tools. Simple cell phones come with the ability to create videos, take photos, record audio, and take notes. Students carry these powerful learning tools in their pockets and don’t realize the learning potential, because we do not open their eyes to it. We can get our students to do so much with these tools while they are riding the bus, walking home, visiting their favorite places, etc. Here are a few ideas of the many, I do with students that do not require “a class” Internet connection: