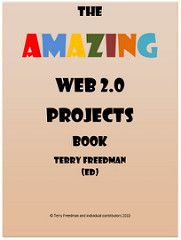 Back in August 2007 I wrote the following article about Twitter:

When Twitter first appeared on the scene, I thought it sounded like a complete waste of time.

But as more and people I respect started singing its praises, I thought I ought to give it a whirl.

That was a couple of months ago, and here are my conclusions.

I've already written about the management issues, as I see them, of using Twitter in a classroom or as part of a presentation or workshop, so this article will concern itself with Twitter from an individual's point of view.

In case you have forgotten, or didn't know, Twitter is a sort of cross between a rudimentary social networking environment and instant messaging. The idea is that you let people know what you are doing, and are limited to 140 characters per post. People can follow you, and you can follow other people. In this context, "follow" means the same as "friend"; in other social networking environments.

The good points about Twitter are such that I would not say don't try it, or don't use it. But I do think that, as one's time is such a valuable resource, one should adopt certain measures, as follows:

And what am I going to do now? Announce this article in Twitter, of course!

So what do you think of that article, over three years later? I’m not sure if this is good or bad, but I think now I would hardy change a word of it. I still think that everything I wrote above is true. However, what I would say is that, having used it for all this time, and built up a sizeable network, I'd find it very difficult to be without it. I discover a lot of information through it. True, I'd almost certainly find out about the important stuff anyway, sooner or later, but there are two issues embedded in that observation, aren't there?

Firstly, what about the unimportant stuff? You know: the jokes, lighthearted banter, links to cartoons, stunning photographs? Because actually, they're important too, but in a different sort of way.

Secondly, there's that word "later". Sometimes "later" is too late.

Twitter certainly can suck up a lot of time, of course, and I think self-discipline is necessary.

But Twitter's advantages outweigh its disadvantages. If you need proof of that statement, download the Amazing Web 2.0 Projects Book, if you haven't done so already. This free collection of projects has been downloaded 29,446 times, and many of the activities involve the use of Twitter -- even in the primary/elementary classroom.

In fact, even apart from such evidence, probably Twitter has increased in value because of all the third party applications now available.

Still, I do think it's interesting to occasionally reflect not only on the past year, but beyond.

(Incidentally, if you'd like to find out more about the Amazing Web 2.0 Projects Book, and have several download and online reading options, check out this page -- but ignore the stats: they've been surpassed now!)