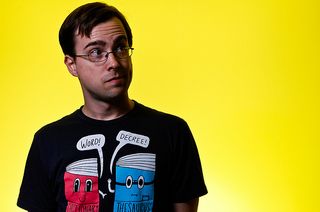 New words are always interesting, I think, and not just the ones that have been inspired by technology. But before I say any more about that, I feel the need to get something off my chest. Don’t worry, I won’t make this a long post: the last thing I want is people tweeting me to say TL;DR (too long; didn’t read).

Are you a "word nerd"? I know I am! Like many people, I read the news everyday because of a morbid FOMO (fear of missing out). However, the depths to which some newspapers will apparently go to in order to make their items buzzworthy (likely to arouse people’s interest) makes me want to vom (vomit). Srlsy (seriously). I mean, according to the Slate, all those reports you may have read about new words being added to the Oxford English Dictionary are untrue. I came across the article in The Slate while I was looking for the latest words in the OED – which is when I discovered that the next batch of new words is to be added in September. Well, when I was doing that research it was still only August.

What is true is that new words have been added to Oxford Dictionaries Online. OK, that is still under the umbrella of Oxford Dictionaries, but it is not the OED. Either the people who reported that it was didn’t do their research, or they were not disposed to report it accurately for some reason. Perhaps, as the Slate suggests, to boost their readership?

There are lots of ways to boost readership, but not all of them are advisable. For instance, I could take and upload a selfie (self-taken photograph) of me twerking (dancing to popular music in a sexually provocative manner involving thrusting hip movements and a low, squatting stance). That may well garner extra publicity, but I am not sure it’s the kind I want. Trying to regain my credibility after that would probably result in an almighty omnishambles (a comprehensively mismanaged situation, characterized by a string of blunders and miscalculations). I’d be far better off firing up my phablet ( a smartphone with a screen between normal smartphone size and tablet screen size) and starting my own MOOC (Massive Online Open Course).

And if lots of people signed up to it, that would really make me squee (squeal in delight)!

Now, if you don’t want to appear dappy (silly, disorganised or lacking concentration) to the kids you teach, you really ought to make sure you know about some of the new words on the block. Not all of them are technology-related, but those that are include the following:

See these and other newly-added words and their definitions at Buzzworthy words added to Oxford Dictionaries Online – squee!

Now, it could be just me, but I am intrigued by words and how their meanings change, particularly as a side-effect of developments in technology. As an example, I looked up a dictionary I used when I was at school, and the word “computer” wasn’t listed. A later edition did list it, and defined the term as an electronic calculating device.

Words like “unlike” have echoes of Orwell’s 1984 as far as language structure is concerned.

“Squee” is a lovely word because it is so onomatopoeic.

It seems to me that there are rich possibilities to explore here which would put ICT and computing into a wider context.

A slightly different version of this article was published on the Writers’ Know-How website.