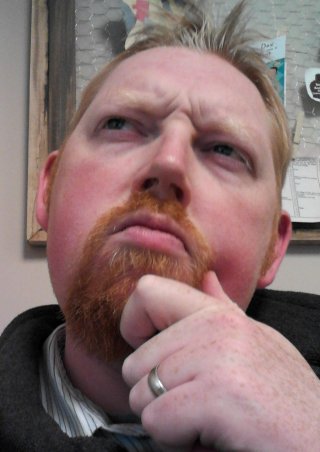 A while back a friend of mine, Patrick Larkin, was a high school principal. (He has since moved up in the world to Asst. Superintendent ) He was regularly blogging for his staff and at the end of his weekly posts of updates, things to remember and such he had a list of things that had him thinking. It might have been a video, blog post, article, something, that had piqued his interest and he wanted to share.

It was such a great idea, I decided to steal borrow the idea. I've been meaning to do it for a while now but today is the day I will start. My goal is to write about and share a few things each week that have me pondering, or are pushing the boundaries of my thinking. These items, hopefully, will come from a variety of places and people and cover a variety of topics.

The Problems With Twitter from Tony Sinanis- In this post Tony lays out several of the problems he sees with Twitter. These include tendency to group think, self-promotion, and the fact that many connected educators, he feels, push Twitter on others. His points are strong. But I am reflecting on all the points and feeling like maybe what he points out as problems, are really blessings to some. As George says in the comments, group think doesn’t have to be bad. For those in isolation, it can be exactly what they need. And for “pushing Twitter” those that use that medium, time and time again, say, signing up and using it was one of the best professional decisions they made. For me, it comes down to the approach. An educator has to see the value before they will take the leap. The medium itself isn’t bad or has problems. But the approach may need work. This was a great piece that definitely has me thinking.

Jeff Gordon Test Drive Take 2-Ok so not your typical educational video but hear me out. In this series of videos (the first you can see here) NASCAR driver Jeff Gordon takes an unsuspecting person out for a pretty sweet ride. The catch is they don’t know it’s Jeff Gordon. After the first video one person in particular went to great lengths to show how it was fake. And in the second video Jeff got him back. So why does this have me thinking? I like the critical analysis here. Kids could do their own on the first and the second and talk about how viral marketing or even the physics behind the moves works. Something different to tackle typical subjects in a new and exciting way.

The Maker Movement-Just in the last 6-12 months there has been a movement towards MakerED. This is the idea that kids can be problem solvers and learn valuable skills while making something. And since the technology, specifically 3-D printers have come way down in price more and more educators are embracing this movement. I was asked recently everything I knew about the Maker Movement and had a great conversation about how it could look in the regular classroom. Typically these spaces are held afterschool or are club based. So to get them mainstream and in the General Ed classroom is a great leap forward. Check out the MarkerED Blog that has lots of resources and links to what others are doing. And for your reading pleasure check out the book Invent To Learn which lays out the case for Maker and how you can do it in your classroom. Why does this have me thinking? So much potential to work in so many different ways in the learning of kids. Problem solving, programing, authentic tasks, there are some really cool things that could happen in a Maker Space.

So what has you thinking? Leave me a note down below.

Steven W. Anderson is the Director of Instructional Technology for the Winston-Salem/Forsyth County Schools in Winston-Salem, NC. He also regularly travels the country talking to schools and districts about the use of Social Media in the classroom. Steven has been recognized with the NOW Award and the 2009 and 2011 Edublogs, Twitterer of The Year Award. In 2012 he was named an ASCD Emerging Leader. Read more at blog.web20classroom.org.