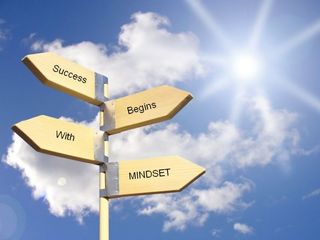 For many years New Milford High School was just like virtually every other public school in this country defined solely by traditional indicators of success such as standardized test scores, graduation rates, and acceptances to four year colleges. These indicators have become so embedded in the minds of those judging our schools and work that we, like everyone else, worked hard to focus only on initiatives that would hopefully produce favorable outcomes in those areas. If we were doing well we continued down the same path allowing the status quo to reign supreme. The mentality of if it isn't broke than why fix it resonated so profoundly with us that we would not have even considered changing our ways. If results were not what our stakeholders wanted this would then trigger meetings leading to the development of action plans to get us back on course.

For so long schools have resembled a hamster running on a wheel doing the same things over and over to improve sets of numbers. We were no different and had succumbed to a fixed mindset. Every excuse in the book was at our disposal not to change and continue down the same path year after year. Heck, our education system has become so good at maintaining the status quo and enforcing compliance throughout that we and many others have been brainwashed into thinking any other course of action would be foolish. If education is good for one thing it is making excuses not to move forward. There is still an innate desire to sustain a school structure and function that has remained relatively unchanged for well over a hundred years. This is a problem. It was a huge problem for us. We were in a rut and didn't even know it. Luckily change came in the form of a little blue bird that gave me the kick in the butt that I desperately needed back in 2009. Being blessed with an amazing staff, student body, administrative team, and community provided the necessary support needed to move us forward.

As another school year comes to a close I can't but help reflect on the many successful initiatives that have been implemented this past year. It is even more gratifying to see numerous other initiatives that were implemented over the past couple of years flourish. Moving from a fixed to a growth mindset and feeding of the daily inspiration that connected learning provides gave me with the fuel to create a shared vision that eventually became a reality as a result of action. For change to be successful it must be sustained. As leaders we must not only be willing to see the process through, but we must also create conditions that promote a change mentality. It really is about moving from a fixed to a growth mindset, something that many educators and schools are either unwilling or afraid to do. The essential elements that work as catalysts for the change process include the following:

What I have learned is that if someone understands why change is needed and the elements above become an embedded component of school culture he/she or the system ultimately experience the value for themselves. The change process then gets a boost from an intrinsic motivational force that not only jump starts the initiative, but allows for the embracement of change as opposed to looking for buy-in. We should never have to "sell" people on better ways to do our noble work nor rely on mandates and directives. These traditional pathways used to drive change typically result in resentment, undermining, and failure.

This gets me back to the main point of my post and that is reflecting on the many changes that have been implemented and sustained at NMHS. Even in the face of adversity in the form of education reform mandates, Common Core alignment, impending PARCC exams, new educator evaluation systems, loss of funding, and an aging infrastructure we have not only persevered, but proven that positive change can happen with the right mindset. If we can overcome these challenges and experience success others can as well. Throughout the past couple of years we have also seen improvements in the "traditional" indicators of success by mainly focusing on creating a school that works better for our students as opposed to one that has always worked well for us. Here is a short list of some of the changes that have been implemented and sustained:

I need to stop here, but I think you get the point. We have transformed the teaching and learning culture at NMHS that begins and ends with a growth mindset. The time for excuses, talk, opinions, and fear needs to end if our goal is really about improving teaching, learning, and leadership outcomes. Leadership is about action, not position or ideas that just get pushed around. We continue to push ourselves to create a better school.

So what's stopping you?