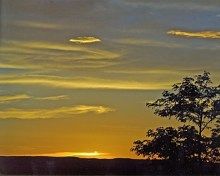 If there is one thing I hate about high school, it’s the projects. Nothing gets me more annoyed than an assignment sheet filled with directions on how to create yourown poster for an Edgar Allan Poe story. For me, it’s much simpler to take an hour long test than partake in a week long project. So when I first got the Be About It project, it was safe to assume that I was wary about it. I mean, a year long project? This teacher must be insane. But as I read on, I learned that this wasn’t your average English class project. We could choose to do anything we have ever wanted and actually do it. I knew my teacher was actually insane at the point. No limitations, no rules, no directions, it was unlike anything I’ve ever been assigned in school. When I realized this, I warmed up to the idea.

My original goal for the project was to write a novel and send it to a publisher. The only problem being that I am not a novelist and most publishers cost up to $500 to just look at your work. My mom won’t give me money for the movies half the time, let alone a few hundred for a editor to scan over my story. So, I changed up my project. After weighing my options, I decided to write a short story and send it to a free, online publisher. My product was an eight page short story called Sunset. I submitted it to the online publisher, TeenInk, and hoped for the best. Honestly, I didn’t really expect anything fantastic from them. Maybe a participation award at most. But about a week after submitting, I received an email stating that my story had won #1 readers and #1 editor’s choice in their Sci-Fi category! It was insane because someone, who wasn’t my friend, was telling me that my writing was decent. Those awards were a huge confidence boost because it showed me that I am actually good at writing and not just another teenager with a pen. It allowed me to look into the future and see a successful writing career.

When the project was over, I was actually upset to see it go. In my high school career, I can almost guarantee that I will never have an opportunity like this again. This was far more than just a poster board on Poe’s writing or a display on Holden Caulfield, this was real, hands on, life-experience. It taught me that it’s okay to fail, as long as you get back up afterwards. If I had just accepted that I wasn’t a novelist, Sunset would have never been written. Getting knocked down is the easy part, getting back up is what’s most difficult. This project is something that I won’t throw out at the end of the year, along with all my binders. It’s something that I am going to always remember and grow from. In a year, I won’t remember all the essays I wrote or the tests I took, but I can safely say that I will remember this for years to come. It opened doors to the literary world that would have been shut had I not done this project. They say that the journey there is far more important than the destination. This project proves that.

Alanis is sixteen and awesome. Whether you call it Genius Hour, 20% Time, or make your own version like me, you owe it to your students to try something like this