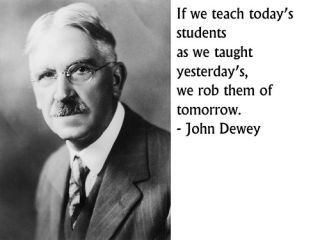 The other day I posted the following statement on Twitter, Facebook, and Google+, "When was the last time any of us had to take a standardized test in our careers? Answer = never. So why is this done to kids incessantly?" I should have clarified my comment a bit more by explaining that I was referring to repetitive standardized tests being taken while in the same job with the same school, company, or corporation. This sparked a very vibrant conversation on Google+ that you can still read or comment on. My point was that there seems to be a disconnect in terms of how many times K-12 students are now subjected to standardized tests compared to the majority of professions. Yes, many career paths require entry-level exams and those that identify essential skills sets needed to do the job. Some jobs even require routine re-certifications. Many, however, do not require another test once a passing score has been achieved.

The problem I have is that most jobs in both the public and private sector utilize differentiated means to evaluate job performance. Goals are established collaboratively while keeping or losing a job isn't determined by how well you can bubble in or electronically respond to answers on a test. Now let’s make a connection to learning. Ask yourselves this, can you clearly make a connection to the results of a standardized test you took and it's impact on your current job? I sure can't because most of the tests I took lacked any relevancy and meaning in terms of what I really wanted to do with my life. Sure the SAT's and GRE's were important benchmarks that I had to score a certain level in order to move through higher education, but I was not one bit passionate about taking them. I can also emphatically state that both exams did absolutely nothing for me in terms of my careers in education. There are so many problems with standardized tests that I can go on and on writing about them.

So why did I take them? The answer to this lies in society's over reliance on attempts to quickly and efficiently quantify learning. This is not learning, but forced conformity into a system that focuses more on numbers than actual skills that can help one succeed in life. This comment from Lain Lancaster on the Google+ thread sums things up nicely:

"I'm baffled by your country's rush to standardization all across education systems (tests, common core etc.) when research has pretty much proven it's the opposite of what education should be. (I'm in Canada) Not only that, but thanks to modern technologies, society in general is moving away from mass production/consumption to individualized production/consumption. Yes standardization is easier, and produces lots of pretty data, but there's scant evidence that it’s effective anywhere in realm of education."

So we continue to press forward in a direction that virtually everyone knows is wrong and misguided. Why do companies like Google go out of their way to provide their employees with spaces where they can play and relax? Play has been stripped away from students so there can be more time to prepare for the tests. The best learning experiences I ever had were experiential in nature. They involved play, creativity, failure now and again, tinkering, collaboration, and meaningful feedback. If life is all about preparing for and then excelling on standardized tests will that allow society to push forward and solve the plethora of pressing issues that our world faces today? The bottom line is that life is not a standardized test and results on these will rarely determine how successful our students will be in life. We all would be better served if school focused more on preparing students adequately to excel in the real-word instead of wasting time forcing them to take test after test that they see know value in. If true learning is what matters than we should model that in education.

So what are your thoughts?