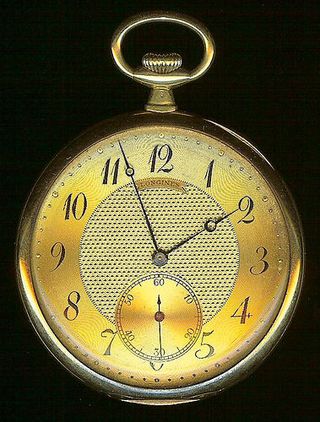 We’re now in the age of the smartwatch. Motorola launched its version very recently, and the Apple iWatch launches today. Bring Your Own Watch (BYOW) has been with us for ages, but the smartwatch introduces a new challenge to those schools which do not agree with the Bring Your Own Technology (BYOT) concept.

Not as Smart as it looks! Photo by DVS https://www.flickr.com/photos/dvs/

It will be a while before lots of kids start coming to school wearing these devices, but I am quite sure that there will be a day when they are pretty ubiquitous. I may be wrong, of course: lots of youngsters don’t wear watches these days because they can get the time from their phones. But if their phones are banned in school, a watch seems a fairly good substitute.

If the iWatch looks like a space age device (we don’t know yet), it would be easy to identify and, therefore, confiscate. I’m not sure how a school would differentiate between different pupils’ watches, but if they’re determined enough I am sure they’ll find a way. Motorola’s version, the Moto, on the other hand, looks like an actual watch. Much harder to pick out from a normal watch. It could be done, but think of all the time and effort involved.

Think also of the responsibility of the school: what if the pupil is using the watch as a health device, a means whereby she can monitor her blood pressure. Is a school really prepared to take the risk?

It seems to me that schools need to start thinking now about their policy on smartwatches and any other wearable technology. It also seems to me that going down the road of banning such devices would be a colossal waste of time. The most logical approach in my opinion would be to work with the pupils to produce a Responsible Use policy. I realise that that isn’t a feasible option in every school at the moment, but in the longer term I don’t see any alternative.