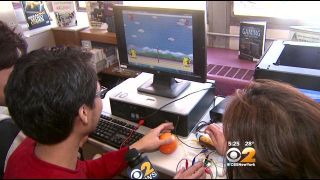 The summer of 2013 was probably one of the most important hiring years during my seven-year tenure as a high school principal. Now don’t get me wrong, I hired so many amazing educators over the years and will forever be indebted to the incredible work they did for our students. Upon leaving New Milford High School a few weeks ago, I was like a proud father who watched his children grow up, mature, and experience undeniable successes that forever changed the teaching and learning culture there. The summer of 2013 will always stand out because that was the year that I was able to woo Laura Fleming back to not only her Alma Mater, but also where she was originally employed for years.

In my opinion great leaders surround themselves by great people. The hiring process can make or break a school culture. This is one of the most important aspects of educational leadership as the nuts and bolts of the change process come from those doing the most direct work with our students. It represents an opportunity to find the missing pieces to move an aggressive agenda of growth and innovation forward. Finding the right people is often an arduous task and at times is fraught with mistakes.

When the position of library media specialist became available she was the only person that I wanted for the position. She was hired with one major objective and that was to transform the media center into a vibrant learning space. For years it was a place that students and staff alike avoided. Outdated books filled the stacks, food and drink were not allowed, student devices were prohibited, and senseless rules were consistently enforced. It needed a digital age and pedagogical reboot. Without any specific guidance from me I bestowed upon her the autonomy over the budget and space that eventually laid the foundation for change. However, it was her unrelenting desire to create a space that worked for kids that lead to a total transformation.

Below is what the library looked like prior to her arrival.

The learning atmosphere in the library is nothing less than amazing. Just take a look at this CBS New York video and you will see for yourself. In September of 2013 Laura laid out her plans to create a makerspace. I offered whatever assistance I could give in terms of monetary support and then did the next best thing I could do – I GOT OUT OF HER WAY. Never once did I second-guess what she was doing or purchasing as I knew when I hired her that she was a doer, difference-maker, and spark plug for change. The learning space that was once in the traditional library has now been taken over by the students. You see, Laura knew that once the space was up and running it would only continue to evolve. She then got out of the way of the students. By respecting their voice she empowered them to take ownership of the makerspace. Thus the baton has been passed and now the students are in charge.

To learn more about Laura's amazing work visit Worlds of Learning. For specific information in regards to her philosophy of makerspaces check out Worlds of Making.