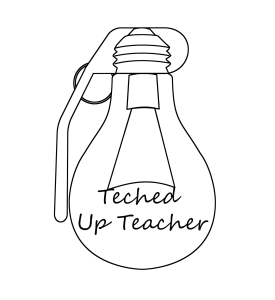 I love Science. I love creating a hypothesis and putting it to the test. That’s probably why I was a chemistry major before I became an English major. What’s nice is, every once in a while the stars align and I get the opportunity to play Scientist again. Last week was one of those opportunities!

As PARCC inches closer, thousands of teachers are preparing their students for the controversial assessment. Like these teachers, last week, I helped prepare about 200 fourth and fifth graders for PARCC by giving them the practice ELA test. It was fun (for me) because I got to test out a couple of theories I had and learn what I can do to better prepare my teachers as they better prepare their students.

This was the first time these students sat down and experienced the actual PARCC testing environment and questions. We tested for 20 minutes (in reality they’ll have 76+ minutes) and students were told that the test didn’t count this time because we wanted to help them get familiar with it, but they should still try to do their best since always doing their best is important. I showed them my video to help ease any anxiety, then, after 20 minutes of testing, students were asked to fill out a Google Form so I could collect data and their opinions. Here are the ten things I learned by giving the practice PARCC:

1. I had a theory that students would do just fine with the testing environment. I was right. After just a few minutes, most students were navigating through the test with little problem. They figured out the flagging system, moving through the questions, scrolling, drag and drop, tabbing between readings, and other technical skills with little issue…

2. …except for one technical skill: Highlighting. Highlighting is confusing on PARCC. Highlighting to most kids means you hold down the left mouse button, “highlight” the text, and release. Kids were use to that. On PARCC, after they released, it brings up the option to highlight the selected text a variety of colors; however, some questions ask you to highlight the text (that already appeared highlighted in the traditional sense) by selecting it which turned it yellow. To make matters worse, you could highlight the highlighted text after you highlighted to signal it as your answer… If that sounds confusing, it should because it was. Highlighting is a mess on PARCC. It posed a constant problem; some students even accidentally highlighted the entire screen. Highlighting is used interchangeably to describe four separate actions on the PARCC, so I think we need to make an effort to better prepare them for “highlighting.” Here is a screenshot of the dreaded question inquestion: #2 on the 4th grade practice test and what a mess it can turn into with all the highlighting.

3. Furthermore, while many students figured out how to highlight text by holding down the left mouse button with little issue, what became interesting is why students chose to highlight certain things. The most common answer: “I think it might be important.” The problem was what they were highlighting was unimportant, costing them valuable time. Students were wasting time highlighting unimportant information because, as I learned, a vast majority of them were reading the text before the question. This is interesting because students had been taught for NJASK to read the questions first, then the story. Many weren’t reading the questions first which led to screens full of highlights that students anticipated might be important as seen in the picture below. Had they read the questions first, they would have had a better idea on what was going to be important. I’ll have to remind students: questions first!

4. Another testing skill that had been taught that they also seemed to forget was skipping questions. Many students when faced with a confusing question just sat their staring at the screen. They knew they could move to the next question, yet many did not. Most fourth graders never got past questions 4 or 6 because they were by far the most difficult questions. We need to remind students that the same testing strategies that work on paper will also work on the PARCC. When in doubt, come back to it.

6. Above, you’ll see Drag and Drop ranked rather high. I asked for clarification since students seemed to do just fine with the actual dragging and dropping. What they said confirmed another theory: like the directions, interpreting the drag and drop questions, which basically amounts to an interactive graphic organizer, was difficult. We need to spend more time with interactive graphic organizers. Luckily, this is easily done with an LMS like Google Classroom or Schoology and Google Drawings or sites like Edulastic.

7. Below, you’ll see most students gave their first PARCC experience a “3” on the difficulty scale (with 1 being easy and 3 hard). Most students said the readings were “just right” for them, but interpreting the questions and answers were the hard part. The most repeated phrase during testing was “They’re all kind of right.” Kids were referring to the answers. PARCC doesn’t just ask for the right answer, it often asks for the best answer through multi-select (checkbox) questions or drag and drop. Students struggle with this idea since they are rarely asked for the best answer from a field of answers that are “all kind of right.” We need to spend more time with the best answer, not just the right answer.

9. As theorized, all the negativity surrounding PARCC has affected some of my kids. I had three kids who were so anxious they cried before they even got in the room while others had no qualms in letting me know how much they didn’t like the idea of PARCC. I couldn’t help but smile listening to their very adult talking points. As teachers, it is important that we are sensitive to the feelings of our students no matter our thoughts on PARCC…

10. …because their feelings are just as unique as they are. I asked each student to give me one word that best described their PARCC experience. I was surprised by some of their answers:

My biggest takeaway from all of this? 1) Students need to spend more time with PARCC-like directions, questions, and graphic organizers. 2) Kids’ll do just fine with the testing environment if they see it enough. 3)Kids need to be reminded of effective test taking strategy.

There you have it. Just some thoughts and takeaways on my students at my school which are different than the students in your school. Remember that and perform your own experiments! Hopefully, though, some of the things I learned will be helpful to you or you can apply to your school.

Up next: Math! Since you’ve made it this far, here’s a prize: the MATH version of my practice PARCC trailer which I made to help ease the anxiety of elementary and middle school students. I made a generic version for you to share with your district! Enjoy!Until next time,