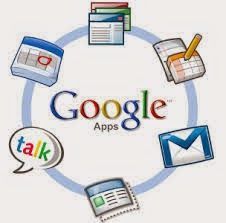 Decisions
With Microsoft Office 365 Personal adds running lately, articles concerning the mining of student data, and the forever debate on which cloud suite to choose, I began reflecting on my district's office suite timeline. Maybe we have traveled a different road than others, but the decisions along the way I feel have been well thought out, even if the timing was not always perfect. Since 1998 we have run on four different platforms of office suites roughly:

This is quick overview of our journey and why I enjoy the ever changing landscape of technology.

Duck and Cover
If you think switching to something other than a Microsoft product now is tough, try doing it back in 2000, we switched top down to Star Office then, departments and all! You would have thought the world was ending, but it really wasn't that tragic when everyone became comfortable and discovered they could still do their job. In those five years we switched email to Open webmail because the Star email went away when Sun pushed star office to the Open office format. Again, a few were upset, but then they realized they could access their e-mail from anywhere with a Internet connection and things were a little better than before. When we went from a distributive server model to a data center and made the move from Linux based servers to a Server 2003 platform, we decided to give the Microsoft horse a ride again. It was ok, and I do love me some Outlook, but the back end maintenance with Exchange was present and the web version of Outlook was not well received. As far as the departments go, they were happy and I do agree that they use Office products unlike most teachers for their jobs (no offense to any teachers who are power users with the Microsoft Office suite). For the ease of our departments daily functions, we will always run Office products for them, but they all have Google apps and Gmail is the districts e-mail client (sidebar, our departments are using Google Apps to collaborate in ways they never have been able to previously).

To the Cloud
When we made the most recent move to Google apps, there were many reasons why and we did look to Office 365, but it was not ready for release and we felt the road map was not there at that time. We have pushed to do everything in the cloud for a number of years and apps fits nice. Teachers were given directions on how to setup their folders for migration to Gmail and that happened without much fuss on our side and that was their biggest concern was losing email, all students k-12 and staff use Gmail. We let teachers know that we would never be upgrading Office and did a survey if they wanted it to remain on their teacher laptops. All departments are running Office and theirs will be the only ones that we will upgrade. Google apps has done more for student/ teacher, student/student collaboration than any other program I have seen in many years. The communication and endless options are what makes cloud based apps a modern day joy....always changing.

Change
For many, all the changing we have done over the years may seem a bit much, but I think it has done a few things for us. One, it has helped staff realize that change is not such a bad thing. In a profession that is usually slow to change, it has helped create a culture that looks at change as something positive that keeps us relevant with the world and our students. Two, it keeps our tech staff always moving forward, innovating, and leading from the middle, which can be very powerful. I don't believe there is a one size fits all, so take the time to decide what fits for you and your district and don't look back.

Jon Castelhano is director of technology for Apache Junction USD in Arizona and serves as an advisor to the School CIO member community, a group of top tier IT professionals in schools across the country who understand and benefit from news and information not available elsewhere. Read more at jcastelhanothisandthat.blogspot.com