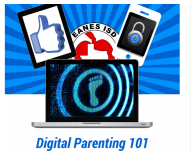 This is the second year in a row I’ve made some predictions about the upcoming calendar year. (Here are my 2013 prediction reviews) I do this for a couple of reasons. One is to stimulate my own thinking on what’s possible in education with technology. The other reason is to force myself to try something new in the upcoming year. These predictions are in fact “bold” and somewhat unlikely, but with the pace of change in technology you never know what is possible. Let’s take a look and see how my predictions turned out.

In the end of 2013, there was a lot of fervor around the quality of learning in Massive Open Online Courses (MOOCs) and the amount of students that actually complete the course. I actually took a MOOC (on the Walking Dead of course) last year just to see what it was like. Like many of my 5000+ classmates, I didn’t finish the course. That said, I don’t hear quite as much fuss about these as I did a year ago so there seems to be a little bit of leveling in the Ed Tech community about these courses. This next year, I’m going to step it up and actually offer my own MOOC on Digital Parenting. (link here if you’d like to sign-up for free) I have some predictions for how that will go, but we’ll save that for my 2015 prediction post.

This one was really trying (and hoping) to step out there and change the way we think about textbooks in schools. The internet is our new textbook, but that is going to take time to change that traditional mindset in schools. This year we’ll be working with our teachers to build their own “textbook” and I’m hoping that’s the tipping point to ridding ourselves of the overpriced “Big 3″ textbook providers out there.

3. A new social media platform will take off with teens -

This prediction is not really that bold in retrospect. Kids have been social media platform hoping for the better part of 3 years now thanks to us “old people” getting on Facebook. Last year it was SnapChat and Instagram. This year it was YikYak and Whisper. Next year? Who knows. We’ve had a personal experience with YikYak here in our district this year and I’m hopeful that wherever they go next, it will at least be for a positive experience.

4. Wearable tech makes its way into the classroom -

Google Glass was supposed to be a harbinger of things to come in technology (and education). However, I still haven’t see the tipping point with this one. The fine folks over at Edudemic are doing their part releasing this “Teacher’s Guide to Google Glass in the Classroom” and here’s a handy infographic from TeachThought, but for the most part, it’s still too expensive to be used in everyday classrooms. With the release of the Apple Watch in 2015, the wearable tech space just got a little more crowded. That said, I’d be shocked to see a 1:1 Apple Watch school, though I’m sure it will happen. (imagine typing up your papers on that!)

I think with expansion of uses of Augmented Reality in learning (from NASA’s Mars Rover app to teacher fave Aurasma), this is an area of significant growth in education. And why not? With augmented reality you could take those boring textbook that has yet left the classroom and put a layer of augmented reality on top of it to make it interactive!

Scaring the crowd at SXSW

6. My SXSW presentation on “Surviving the Digital Zombie Apocalypse” will make someone sick

Someone did almost shoot me in the streets of Austin. Note to self: Next time you dress up like a zombie, make sure you aren’t in an open-carry state like Texas.

7. The classroom desk will truly die –

After being a #Student4aDay a few weeks ago, I really think we need to rethink what we are doing to students. I know what adults will say – “I sat in those desks when I went to school, so why can’t they?”. The truth of the matter is, these things are just a notch above being a torture device. It really makes you think…where are the most comfortable chairs in your district? Who do they belong to? I’m hopeful this will change in my lifetime, or at least before my kids hit middle school.

8. My “Giving Up Google” for lent experiment will be the stuff of legends

Unlike my giving up email for lent experiment in 2013, I only lasted 3 days without a search engine of any type. I ended up asking people for help on social media or calling people whenever I had a question I couldn’t find the answer too. (essentially outsourcing my Google search) Realizing I couldn’t lean on my friends and colleagues for 40 days (and have them remain friends and colleagues) I gave it up after the third day.

So that wraps up 2014. Some interesting outcomes there and I already have a few in mind for 2015. What are some things you predict for the next year? Comment below and if I use it I’ll give you full credit!