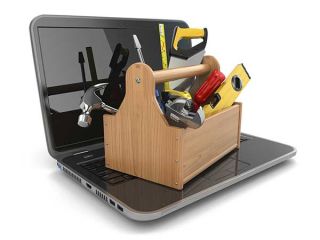 “School districts are eliminating high school shop classes for a number of reasons, but the bottom line, of course, is money. The American secondary educational system pumps as many of its competent students as possible into college. At the same time, large numbers of marginal students are placed into special-education programs, which qualify for large amounts of Federal and state funds.

Unfortunately for those in the middle, who might want to make a living with their hands, not to mention those who might want to hire them to do a job, trade classes like print shop and wood shop and home economics no longer fit easily into the educational bureaucracy’s pattern of what constitutes a comprehensive liberal education for the 21st century.”

The above, from a 1996 New York Times article sums up the decline of Shop classes in American schools since the 1980s.

According to this Los Angeles Times article from 1986, “The national education reform movement of the 1980s added a host of academic courses to graduation requirements, leaving little room for students to take electives. Because shop classes are usually electives, even students who want the classes have discovered they do not have the time.”

I checked out my old high school’s course catalog, which offered shop classes when I graduated in 2002, and found shop classes are gone there, too. But, the rumor around town is that they plan to open a Makerspace soon!

If you are unfamiliar with the Makerspace in schools, the most common type of Makerspace aims to both better expose students to STEM related fields and revive the lost art of making with one’s hands. Basically, it is Shop class 2.0. And like Shop class, the Makerspace is doomed. The Makerspace has five years left, ten if it’s lucky. Why? Two main reasons:

1. The Makerspace in education is a fad.

The above pictures are from a Google Trends graph I separated for better viewing. It shows that the rise of the Makerspace coincides with the rise of Common Core (another fad). The Makerspace in school is the equal and opposite reaction to Common Core.

As Common Core begins to wane, so too will the Makerspace. Their fates are tied together, and since we will eventually fill the void in STEM related jobs, which in and of itself is being over-hyped, the next fad will take its place. That fad? I predict we will see the rise of entrepreneurship in schools because the robots are coming… but that’s for another blog post.

Makerspaces that focus on STEM are expensive to start and expensive to maintain. As with the previous recession, when times get tough, schools get hit hard. We go through recessions more often than you may think. Like the Times article said, money played a big part in the demise of Shop class, so too will it play a role in the demise of the Makerspace. When budgets need to be cut, how long will the Makerspace last?

Now before you hit send on the hate mail, understand: I love Makerspaces. But, what I love more is the Maker Movement.

Before I started working at my current school and created our Innovation Labs, I taught low-level high school English (called college prep, LOL). My kids were tough and often came to class with a defeatist attitude and hated school. I got sick of it, so I changed how I taught. I moved to a student-centered classroom model and it is the best thing I’ve ever done.

I stopped the lectures and cut way back on the direct instruction. Instead, I got an LMS, recorded myself, and blended my classroom. I gave students choice and voice in what they learned and not every assessment was a multiple choice test. I tried to make learning as personal, relevant, and authentic as possible. I got cross-curricular. I got kids out of their seat, moving around, being loud, and working together. I asked my students to become experts and share their knowledge with me, instead of getting it from me. My students thrived in the student-centered environment I created.

This is what I think most educators are failing to understand about the Maker Movement in schools: when you move to a student-centered classroom your students have no choice but to make. Making shouldn’t be confined to an elective or focused only on STEM; it should be the main way that we teach our students. We need to get our Makerspaces out of the library and into the student-centered classroom. It is a shame that a student must go to the Makerspace to be able get up, inquire, collaborate, create and take control of their learning. Every class, every subject, and every grade can and should be a Makerspace.

The Makerspace is doomed. When the Makerspace dies, I hope it is not because of unsustainability or the next fad has come along, but because we have moved away from our traditional, fact-based curriculum and embraced the spirit of the Maker Movement by moving toward a student-centered classroom.

Next post I’ll tell you how I moved toward a student-centered classroom. I’ve talked about the first half here, so I’ll double down on experiential learning and introduce another technique I use.