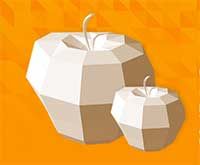 MakerBot today announced the MakerBot Smart Extruder+, a new swappable extruder for Fifth Generation MakerBot 3D Printers that is designed and tested for better print performance over a longer period of time.

In tests, the Smart Extruder+ performed consistently and reliably for over 700 hours on a MakerBot Replicator Desktop 3D Printer, which equals 1.44 miles of MakerBot PLA Filament. Over 90 percent of test units were still printing successfully at 1,200+ hours of print time. Generally, the rate of wear on extruders has many variables and is dependent on how it is used and the settings it’s configured for over time. MakerBot has doubled the warranty of the Smart Extruder+ to six months with no limit to the amount of MakerBot PLA put through the extruder.

"The reliability and ease of use is huge for us; it provides more students access to our MakerBot Desktop 3D Printer," said Nicholas Provenzano, a teacher at Grosse Pointe Public Schools in Michigan, who has been using the MakerBot Smart Extruder+ for several weeks. "Our students print all day in our library and I can't always be there to assist them. The MakerBot 3D Ecosystem, and especially the Smart Extruder+, makes it easy for our students to turn their ideas into physical objects. It lets them focus on the design process, which is most beneficial for their education."

The Smart Extruder+ has an MSRP of $199. It is available for pre-order now and expected to ship on January 18, 2016. Current MakerBot customers qualify for a special price of $99 for their first MakerBot Smart Extruder+. The same discount is also available for new customers with the purchase of a MakerBot Fifth Generation 3D Printer. To learn more about MakerBot, visit makerbot.com.