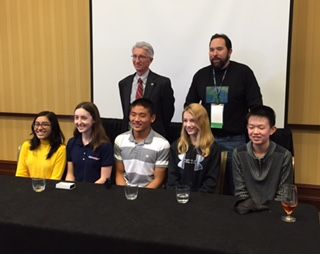 At TCEA, PR with Panache hosted a panel of students from Westlake High School from the Eanes ISD (TX) to discuss their perspectives on edtech. Panelists included: Riya Aggarwai, Rachel Gardner, Andrew Lee, Katie Denton, and Kevin Fang. Chris Piehler facilitated the refreshingly candid discussion. Here are some of the highlights:

It’s always great to hear from students, and this was an exceptionally impressive group!