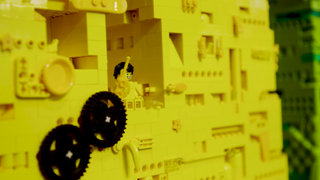 Bett or The Bett Show (formerly known as the British Educational Training and Technology Show) is an annual trade show in the United Kingdom marketing information technology in education organised by Ascential. The first Bett show was held in London, England in 1985, and since 2013 it has been held annually in January at the ExCeL London. Tech&Learning makes the trek each year to cover the latest and greatest products, services, and trends at the show.