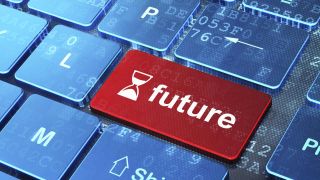 As Louis V. Gerstner, Jr. became CEO of IBM in April,1993 he faced an existential decision: break up the company or keep it whole. Before deciding, Mr. Gerstner asked employees and customers for advice. The overture, however, was prefaced with this caveat: “no credit will be given for predicting the rain, only for building arks.” Mr. Gerstner wanted solutions. Not blame.

Juxtapose 11.2 million unemployed/underemployed and 10.2 million disenfranchised youths in the U.S. workforce against 7 million “open” jobs and a three-pronged workforce forecast becomes clear: more “rain” is expected, more “arks” are needed and the rapid adoption of new technology means “it is not clear where humans will fit in” warns Erik Brynjolfsson, Director of the MIT Initiative on the Digital Economy.

Dr. Klaus Schwab, co-founder of the World Economic Forum, knows precisely where humans fit in. “Talentism is the new capitalism”, he says. For a proof point on the relevancy of Dr. Schwab’s theory, ask Amazon executives how important talent availability was in the firm’s recent search for a second headquarters.

Most companies ignore Dr. Schwab’s advice. Jake Schwartz, CEO at General Assembly, offers two reasons why: “a surprising lack of visibility and long-term planning around skill/talent needs and recruitment strategies that look for new skills in conventional places.”  Jon Reed, co-founder of Diginomica, a digital strategy firm, adds “the real problem is a lack of imagination in skills development, retraining and sourcing”.

Since 2007, I have focused on talent and reskilling issues, including writing a book about the topic entitled The U.S. Technology Skills Gap. While more work must be done, including the creation of a long-term national education strategy grounded to career success rather than test scores, I am impressed with the armada of “arks” being imaginatively built by companies large and small.

Since 2001, the Ford Motor Company’s Next Generation Learning initiative has created 541 academies in 307 high schools that have changed the lives of nearly 20,000 young people preparing them for college, careers, lifelong learning and leadership by honing their “STEAM (science, technology, engineering, arts and math) skills.

Have you heard of “new collar” jobs which require more than a high school degree, but not necessarily a college degree? In 2011, IBM partnered with the New York City Department of Education to create a grade 9-14 “school within a high school” called “Pathways in Technology Early College High School.” After six years, and often sooner, “P-TECH” students earn associate degrees in applied science, engineering and computer science at 100 schools around the world.

LinkedIn claims most tech jobs are located on the coasts. That creates a talent problem for millions of firms located in “fly over” regions of America. Employers in Kansas City, Missouri met that challenge by forming a regional talent co-op (www.kcrising.com) that recruits job candidates to the area by first promoting it as a great place to work and live. Once attracted to the region, candidates and co-op members compete aggressively for the best jobs.

A reskilling handbook for every CES 2019 attendee is a report from The Business Roundtable entitled, “Work in Progress, How CEOs Are Helping to Close America’s Skills Gap. It recaps what 61 companies are doing to solve the skills enigma.

Paraphrasing a witticism from 20th century commentator Will Rogers, “Technology don’t mean nuthin, it’s people that count.” Firms that embrace the reskilling of human talent will thrive and prosper in the 4th Industrial Revolution. Those that don’t will become irrelevant to their employees — and their customers.