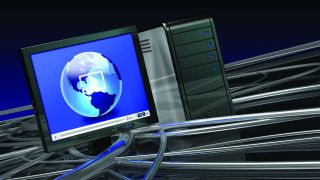 K–12 Districts Prepare Their Infrastructures for the Internet of Things

Because of the strain on school district networks caused by a surge in devices, IT teams are considering network upgrades as they move towards adopting the Internet of Things (IoT).

According to a recent study from Alcatel Lucent Enterprise, “the first step in building next-generation wireless networks is to analyze and evaluate the capabilities of existing network infrastructure.” For example, “the core network itself may be outdated and unreliable. It may be too complex and structured with too many layers to efficiently support multimedia applications.” Of course, security is a key ingredient of IoT integration. Although increasing connectivity is important for schools, putting that many additional devices on a network creates opportunities for malicious users to infiltrate the system. IoT containment, which uses virtualization techniques to separate IoT devices while allowing them to remain on the same physical network, also limits how exposed your network is, according to the report. “This is beneficial as it minimizes any potential damage resulting from a malicious attack by limiting the number of devices accessible within the same [user] profile … If a breach occurs, the rest of the network is not exposed, as other devices are contained in other parts of the network.”