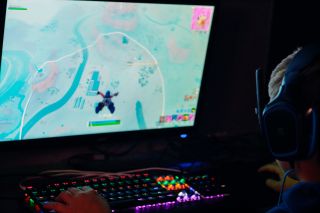 In September 2018, my school district approved the creation of my FH Knights esports team, the first middle school esports team in the country. We are currently taking on all comers in Rocket League.

Over the last two years, I’ve learned a lot about running an esports team and the value of esports in education.

Equity: Esports is for Everyone

Esports should be in every school for many reasons. It is a great way to teach social-emotional learning, and can help kids build school competency, and find a pipeline to college.

One of the best things about esports, however, is how accessible it is. Esports tends to draw students uninterested in traditional sports, including those who may have learning disabilities, physical handicaps, or be on the spectrum.

Chances are you have an under served population that is looking for a place to call home within your school. Esports can be that place. Once we can connect with these traditionally under served students through the gaming they love, we can use it to create better learning outcomes for everyone.

If we are serious about placing students in STEM careers, we need to be serious about esports. Esports is the fastest-growing industry in the world, and many of the highly coveted STEM careers schools talk about will be found in or tangential to esports. Esports has also been shown to improve skills associated with STEM such as problem solving, critical thinking, and concentration. A recent poll of high school students currently involved with their school’s esports program showed that more than 50% of those students intend to major in STEM subjects when they get to college. Through esports, we can even provide hands-on experience before they get there.

The North American Scholastic Esports Federation (NASEF) has done a great job helping spread awareness of STEM careers in esports. As a NASEF Fellow, I work to help promote the idea of the team behind the team. I have a competitive esports team that plays other schools and colleges, but I also have a team behind my esports team, made up of strategists, organizers, content creators, and entrepreneurs--roles my students take on to help support the team.

These are roles students can fill in the real world. My student entrepreneurs undertake projects such as marketing our events on social media and designing our jerseys. Our content creators host podcasts, edit video, and design promotional flyers. Our strategists keep stats in a spreadsheet and analyze video of our opponents to help develop a game plan. Our organizers keep our devices updated and troubleshoot technical issues.

When you think of esports, or are being pitched by the edtech companies on the technology needed to bring esports to your district, it can seem as if you need to spend thousands of dollars on flashy computers. That’s a common misconception.

Think outside the Xbox. In the middle school esports league I’ve organized, of the almost 30 middle schools involved, more than two thirds of teams are run using devices, such as Xbox Ones, that students bring from home.

Find outside funding. Schools in my league have funded programs through the PTA and even Donors Choose. Because esports and STEM play so well together, many schools have received STEM grants to create their esports team. A close friend and talented educator, Sandra Paul, Director of IT and Operations for Union Public Schools in New Jersey, worked with her leadership team to fund esports through a Title I grant. You didn’t need to spend a lot of money to start an esports team.

Adapt resources already on hand. The answer to your equipment needs may already be in your school or district. Many schools have already invested in high-end computers for their STEM program, and a laptop computer or PC that can be used for STEM activities such as 3D design, video editing, or virtual reality, can probably run your esports game of choice. If not, a great way to convince stakeholders to purchase these devices is to highlight their crossover use as both esports and STEM machines.

Reach out to the gaming community. If you can’t bring the computers to you, go to the equipment! Many businesses and colleges rent or donate space to scholastic esports teams. Microsoft hosts schools in their stores. Here in New Jersey, colleges and Lan Centers provide spaces for esports teams to practice. Find out what is nearby and see if they would be willing to work with your team.

As it often goes in education, where there’s a will, there’s a way. If you want to start an esports team, you can make it happen. And you should make it happen--your students want and need esports, and all the opportunities that come with it, in your school.