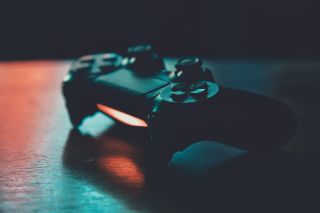 That’s the philosophy driving the inclusive esports and gaming initiatives at DreamYard, a Bronx, New York, organization that partners with local schools to help students achieve success through the arts. In November the organization launched “BX Start,” a 4,000-square-foot gaming center in Foxhurst designed to be an inclusive gaming space that fosters students from diverse backgrounds interested in developing gaming careers.

“We’re collaborating with schools and other nonprofits to begin hosting tournaments to provide best practices and informal training to educators and gamers on how to grow healthy esports communities,” says Rudy Blanco, director of entrepreneurship and gaming at DreamYard. Ultimately, Blanco hopes the center will host its own esports tournament next spring.

Esports has exploded in popularity recently. More than 170 universities have esports programs some of which award substantial scholarships. But despite increasing minority participation and audiences, gaming as a whole remains primarily white and male. About three out of four working in the gaming industry are men, and a similar proportion are white, while 79% identify as heterosexual, according to a survey conducted by the International Game Developers Association.

Blanco is hoping the gaming community “BX Start” fosters will increase diversity in the industry and create opportunity for Bronx students. Since March the facility has been closed due to the pandemic, but the mission continues to be accomplished through online interactions and gaming events.

Blanco says there’s a misconception that to have a career in gaming one needs to be a coder and even when most people “Talk about gaming it's through a coding lens.” In reality, he says, “You can be a creative of any type and find an entry point into gaming.”

“Not everyone has to be tech-savvy or a code talker to be a part of the gaming industry,” says Ronald Gordan, 19, one of Blanco’s former students who now writes for the New York Videogames Critics Circle community and is a student at City Tech College. “Me personally, I’m not pursuing anything in game design or anything like that, but I’m still part of the gaming industry because I review games.”

Another former Blanco student, Kimari Rennis has gone the coding route, although she says it’s not necessary, and likens the diversity of jobs within gaming to that of making movies. “When you’re making games you need an economic teams, you need people from marketing, you need HR and PR, you need artists, you need people who are skilled in audio,” says Rennis, 18, who writes for New York Videogame Critics Circle and will begin a degree in video game design at New York University this fall. “You need people who are good at writing narrative. There are a lot more things that go into making games beyond programming.”

Weeding Out the Toxicity

To help ensure physical or online gaming spaces associated with schools are free of toxicity and bullying, Blanco recommends resources provided by raisinggoodgamers.com, an organization dedicated to changing the culture of online gaming.

“No matter where you go, we know that toxicity is going to be there,” Blanco says. “The bullying will happen. And we, as adults, can’t assume we’re going to be there when it does happen, so the only recourse we have is to train leaders, which we do at DreamYard.”

To develop gaming spaces that are also safe for LGTBQIA and minority students, DreamYard tasked a group of young people to design a server that focused on best practices. “They interviewed users, researched inclusive digital spaces, and are currently building a server with some inclusive practices baked in,” said Blanco. “The key is to build youth moderators that can grow into the role of guarding and holding safe spaces.”

Rennis says that in a school setting the games you choose matter for inclusivity.

“In all my years of going to video game clubs, they seem to attract 99 percent boys and I’m the only girl, and that’s because a lot of the games are really geared toward a male audience and that really pushes away a lot of the girl gamers,” Rennis says. School gaming clubs tend to focus on highly competitive fighting games, which she says may not be as appealing to women. Games such as Mario Kart and some of the motion Nintendo Wii-style games, are examples that are more casual and that everybody can fit into, she says.

Before the pandemic DreamYard’s programs were exclusively in the high school, Blanco says.  Now that they are hosting online gatherings and gaming events, they are being beamed into student’s homes, which has its advantages. He says they are frequently connecting with their students’ younger siblings and getting the whole family excited about gaming.

Gaming also provides online educational opportunities. As a high school student, Rennis worked with the School of Interactive Arts, a free program that partners with schools. “You can learn coding and enter gaming competitions,” she says. Through her work in the program, Rennis won a game design award, which helped get her into the industry. Other gaming resources she recommends include Mouse, Harvard’s free game development course, and New York University’s Future Game Designers.

Gamers are sometimes taunted and called “no lifers” by other kids, Rennis says, and there are a lot of misconceptions, even from adults, about how much opportunity there is in the gaming industry. “This is a valid career path and more non-gamers need to understand that,” she says.

“This is a career and just as with pursuing a doctorate, it takes a lot of time.”

The vast amount of opportunities is why Blanco is passionate about encouraging underrepresented students to pursue gaming journalism and game writing paths that emphasize narrative skills. “My perspective here is if we train writers to tell stories, we can change the story,” Blanco says.