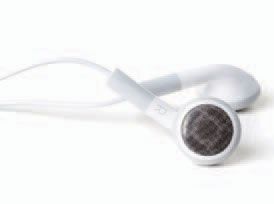 The answer is yes, according to new research from The Journal of the American Medical Association. It finds that hearing loss among U.S. teens is up 30 percent—more than 70 percent when just mild and worse cases are taken into account. Consider these facts from ASHA’s Web site Listen to Your Buds:

¦ Hispanic teens use personal audio technology for longer periods and at higher volume than other teens.

¦ Forty-seven percent of teens say they are not concerned about hearing loss from the use of personal audio technology.

¦ Ownership of iPods and MP3 players among children has increased from 18 percent to 76 percent in just the past five years.

¦ Children aged eight through 18 devote an average of more than seven hours a day to using entertainment media (more than 53 hours a week).

¦ The European Union’s Scientific Committee found that listening to personal audio devices with headphones at volumes greater than 89 decibels could have detrimental effects on hearing.

¦ Leading authorities predict a rise in hearing loss nationally because of unsafe use of personal audio devices.