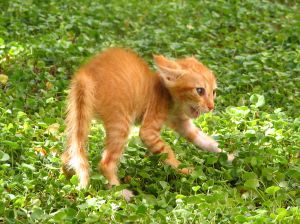 For the majority of students prepping for the upcoming school year, September is just another month. While most children, regardless of grade level, view school as more of a ritualistic chore than a rite of passage, they begrudgingly understand it is a necessary and customary means to an end. But for some students, the inevitable rise of autumn conjures up feelings and emotions that are anything but normal.

Didaskaleinophobia, more commonly referred to as school phobia, is a type of panic disorder affecting roughly 1.4 million American adolescents. In the Diagnostic and Statistical Manual of Mental Disorders, it is broadly categorized as a childhood social anxiety disorder and afforded DSM-IV status as such. The physical symptoms are nothing short of harrowing. They include hyperventilating, chest pains, dry mouth, shaking, crying, dizziness, nausea and seizures. Though the terror of the panic attack is palpable and seemingly impossible to overcome, most school phobics claim their toughest obstacle is a cynical public.

Twenty years ago, school phobia was unchartered territory for educators and psychologists. The conventional wisdom then wasn’t much different from what it is today. I know this from experience. According to non-believers, I was knowingly misbehaving. I was a troublemaker. I craved attention. I simply refused to attend school. These were and continue to be the accusations haphazardly thrown at children trying to cope with their condition and the effect it has on the entire family.

Parents of school phobic children are often chided for being complicit in the onset and progression of the condition. ‘Make the child go to school’ is the fast answer but it is not always the easiest. The ramifications of a panic attack-filled morning outweigh whether the child ultimately goes to school. Moms and dads have to work. Being late is not an option, especially in this economy. This may force parents to start their commute without knowing if their son or daughter has left for school. The stress and guilt associated with placing a higher degree of importance on career versus family is a heavy burden. And yet even this decision could have severe consequences. If the child stays out of school for an extended time, child protection will get involved. What is a parent to do?

Social media has seen an undeniable and unprecedented rise in popularity and significance in the last half decade. Its growth is hardly industry-specific. Advertisers and marketers have and continue to successfully leverage social media to execute targeted, dynamic campaigns. The political landscape has witnessed a seismic shift in the way elections are run, largely due to social networking. And as traditional news outlets steadily decline, social media has become the round the clock news source for millions.

Positing a strategic educational link between school phobia and social media may, at the outset, inspire more scoffs than searches. Those who outright dismiss school phobia as a legitimate panic disorder might surmise that Facebook and Twitter would be used by "truants" for Farmville and mindless tweeting. But high ranking educators leveraging the power of social media would disagree with that allegation. In fact, the number of teachers, librarians, guidance counselors and school board officials utilizing social media as a supplemental learning and development tool is increasing exponentially.

The popularity of Facebook among students 12 through 18, the prime age demographic for school phobia sufferers, makes it amenable to learning at a highly interactive level. Mark Zuckerberg's networking platform allows for posting comments virtually in real time. Its robust email capabilities, instant messaging ability and user-friendly approach to posting and sharing information would facilitate collaborative learning. And lest we forget about apps. More and more teenagers are joining the Smartphone revolution. Mobile applications created solely for optimized learning and academic growth could make education a 24/7 enterprise.

The desire to learn doesn’t fade with school phobics. These children are not malcontents. They are not rebel rousers. Most were above-average to very good students before the panic disorder started. Opening up the education-based social media funnel to these children doesn’t endorse laziness. Employing school media’s academic functionality is an increasingly accepted alternative to knowledge building.

Facebook isn’t the only social network that could be of use to school phobics in need of educational resources. The unique value proposition of Twitter is the quick and simple exchange of thoughts and ideas centering on a shared interest. In this case, that shared interest is furthering ones education. Teachers can utilize Twitter for scheduling class discussions, rescheduling exams or referring students to a posted lesson plan. They can also tweet thought leadership articles focusing on a specific topic to class groups or individual students.

Social media presents school phobics with another underlying benefit – socialization. Peer pressure, the need for children to blend into cliques at any cost, is a phenomenon very much alive and well in schools. Children suffering from the panic disorder feel alienated from other children. On days when they are able to attend class, their unease can be exacerbated by name calling and other forms of bullying. Before it became a multi-channel business tool, social media was about community; creating connections with others. School is as much an experiment in structured socialization as it is an institution of learning. It’s not the primary reason for attendance but socialization is a factor. Following that logic, school phobic children could leverage social media for both education and socialization.

Theories abound as to the cause of school phobia. Some attribute it to separation anxiety. Others believe it has hereditary and environmental roots. Debating the causes is an inefficient and ineffectual response to the problem. Should children attend school? Yes. But if they can’t, shouldn’t a plan for continuous academic improvement be implemented and enforced regardless of how the student advances from year to year?

Tara Meehan is a copywriter for online performance marketing agency MediaWhiz. She is an independent consultant and advisor on school phobia. She holds a Bachelors Degree from University of Massachusetts and lives in Brooklyn, NY.