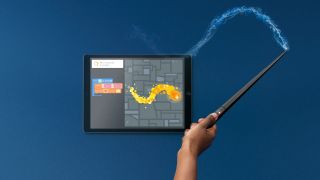 At CES (Booth 44364), Kano is spotlighting its Harry Potter Kano Coding Kit, a DIY kit that shows kids how to build a Bluetooth Coding Wand, learn to code with step-by-step creative challenges, and make magic, with a wave, twist and a twirl.

Kids first build a Bluetooth wand guided by the storybook; to code it, they download the Kano App, which includes tutorials, challenges and projects designed to teach the basics of coding through simple blocks, and step-by-step lessons, set in the Wizarding World. Kids then make their own spells, jump on Kano World to see what others are doing, remix their creations and make new ones.

The Harry Potter Kano Coding Kit is a Bluetooth device that connects to most iOS and Android tablets, as well as Windows or Mac computers. Once built, kids can download the Kano app, where they learn to code step-by-step, play with creations made by people all over the world, and customize their own avatar.