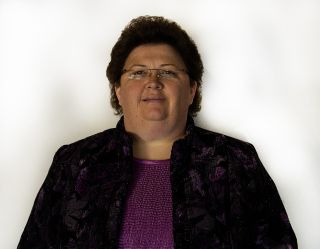 At the recent SchoolCIO Leadership Summit in Chicago, Managing Editor Christine Weiser sat down with Klein ISD's CTO Karen Fuller to learn more about how her district is managing the massive changes expected as they prepare for online testing, budget cuts, a growing district, and more.

CW: How big is Klein ISD and why do you think the population is still growing?

KF: We projected our gross population this year to be about 46,700 and we’re almost to 47,000. When the county was in the economic downturn, Houston felt it, but we still had people moving here. Once the economy picked up, oil and gas have picked up, technology has picked up—so we’re just getting more people moving to the district. ExxonMobil is moving its large corporate campuses into the area, so that will bring another increase in population.

CW: Klein is a desirable district to be in. Do you think that’s a driving factor in people’s decisions to move there?

KF: That is a driving factor. Our test scores are really good, we have an excellent fine arts program, the athletic programs in the district are excellent and we are known nationwide for the stellar technology program that we offer that prepares students for the 21st century.

We’re also getting A+11 rating for financial aid. The underlying rating with Standard and Poor’s is AA and with Moody’s is Aa1. These high ratings are just one reflection of the prudent way in which Klein ISD handles our finances. Klein is actually considered a property-poor district because the majority of our funding comes from residential homes rather than big business. We have a conservative philosophy when it comes to finances, and our CFO carefully planned for the economic downturn, allowing Klein to fare much better than many other Texas districts. During the last biennium, we lost funding from the state for the school year 2011-2012 and we had to cut some positions mostly through attrition. This year we were able to hire back new teachers because under the legislature’s plan we got additional funding from the state.

CW: Any advice on ways to manage funds like Title 1?

KF: You have to be careful how Title 1 is spent and who uses it. If your whole district is Title 1, then you can basically use that money to help with what you need. In Klein’s situation, we have nine campuses that are Title 1 campuses. So our Title 1 funds are focused on those campuses. For the other campuses, we have to use local money, bond money. Additionally, we have wonderful business partners that team with campuses to provide additional funding support along with gifts in kind and mentoring support. We spend a lot of Title 1 funds on technology and in doing that we hire staff to support that technology. We don’t buy it just because we can. There is a research and thorough evaluation that include lots of discussion before we purchase any new technology. But if we know it’s going to make an impact, we buy it. We also require hours of professional development before putting any technology into the classroom.

CW: Do you have a communal decision when you make these kinds of purchases and, if so, who would be involved in that decision?

KF: Last year we did something really different. We took our team leaders—my team leaders and then a representative from each major department like facilities and finance—and we developed a Long Range Technology Plan Committee (LRTP). That Long Range Technology Plan Committee put together our new technology plan, which includes our vision and our objectives. The LRPT Committee meets every other week to catch-up and see where we are. When new ideas come up, they take it to the research and development (R&D) team. Then the R&D committee looks at it to see if it’s feasible, asks questions, and brings other people in that may be impacted by the idea. If that committee deems it’s something that we need to do, they bring it back to the LRPT. Then it goes to the Change Committee, who ultimately determines if the district will implement the idea and how it will affect everybody and then creates a timeline for implementation.

We’ve been doing this for about four months now and it seems to really help us be more cohesive as a district when we roll out new products or initiatives. We’ve started really utilizing committee decision-making instead of individual decision making which, to me, is a lot more efficient. It is a little bit more time consuming, but I think as far as communication and letting people know what’s happening in the district, we are probably more informed now than we ever were.

CW: How do you manage the changing assessment benchmarks in Texas?

KF: We already do common assessments at the district level that are aligned to state standards and we also do aligned assessments at the campus level. So we’ve got that data that comes in on a weekly, monthly, daily basis for the teachers to look at and see where we measure up. Based on what we know, the standards are going to be for the test and we don’t know how we are going to be graded, but we do know what we’re testing on. So we’ve already started those types of data analysis. When we do our district common assessments, we can look and see where we’re following and where our spots are that we need additional staff development.

To do this analysis, we’ve got some type of technology resource involved in helping us either gather the data or teach that specific concept so that the students can come in and learn in any form or fashion based on their learning style. All of our campuses are using some form of PLCs.

CW: Who is typically in the PLCs?

KF: PLCs are usually comprised of teachers. Sometimes we’ll also have an instructional technology person there. We will have the building principal or a campus administrator there. District-level consultants are in some of those meetings, depending on the content and what they need to focus on. Many of our campuses have a location for these meetings they call their “data room.” They’ve got student data all over the walls so that when they are in their PLC meeting, they can automatically look up and say “this is how we scored last time” or “this is what our scores looked like last year and this is what we look like this semester.” So we try to put that data at their fingertips as much as possible.

CW: I know Klein is one-to-one. Where are you headed with that program?

KF: We actually did a little test with students last spring. We gave them the Samsung Windows tablet, the Fujitsu smaller tablet and convertible tablet, and the Earth Walk Tablet. We took the HP Tablet away from them that they were using and said, “Okay students, for a couple of days we want you to use this device and then we’ll come back and meet with you and discuss what you want.”

Of course, being gadget people, we thought the little slate-type device with Windows on it would be the one that they wanted, but students didn’t like the tablet slate-type device because it didn’t have a keyboard. They said they couldn’t do their work on that device without an external keyboard and it also needed a case. They had been using the 4400 HP tablet that we bought five or six years ago and, when it was all said and done, they basically said, “If you could give us this tablet back with a faster processor and more memory, this is what we want.”

The 4400 model is not available anymore, so we specked out a convertible tablet PC and put it out to bid and gave everybody the opportunity to come in with a price point that we could afford. The convertible HP tablet won the bid again.

CW: What’s in the works that you are excited about?

I’m excited that most of our high school students have had the opportunity to learn and to receive instruction online. When it comes time to take those exams, I think they are going to be in a better position to take them online and then we’ll get our test results back a lot quicker. We are also preparing them for using technology in college and the workforce after they graduate.