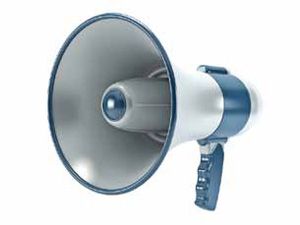 “For years, everyone saw the laptop as the magic bullet for integrating technology,” says Lewis Wynn, director of technology operations for Rockdale (TX) Independent School District. “It’s no longer about a specific piece of technology; we don’t know what the new tools will be next year, in three years, or in five years. The trick is to teach kids not how to use laptops but how to use technology in general.”

Welcome to the new world order of one-to-one computing. As administrators scramble to offer ubiquitous technology in their districts, the goal has moved away from one laptop for each lap to…well…a plethora of alternatives. “Districts should be focusing on providing high-speed wireless networks and devices for those that cannot afford or don’t have,” CoSN CEO Keith Krueger says. “It is a rethink of one-toone and urgently needed in this time of economic crisis.”

From laptops to access
Only two years ago, Wynn was looking for a one-to-one laptop grant. Then a new, tech-savvy superintendent came in and helped Wynn realize that it’s not about the hardware; it’s about the bigpicture lessons and benefits that any technology can provide.

Recently, Rockdale rolled out iPod Touches for the fourth and sixth grades. Fifth graders will get something, but what, exactly, hasn’t been decided yet. “Technology is a tool. Pick it up and learn it—whatever it is,” Wynn says.

Since it can’t afford to provide devices for everyone, the district is working on a bring-your-own-tech (BYOT) initiative as well. Students are allowed to bring in their own products while the administration nails down a BYOT policy for September.

It’s not solely about money, Wynn stresses; it’s also about getting kids involved in their education. “If they use what they know, it’s easier on us. We’re looking to learn from what they do. If they can teach us, that’s great.” Because his staff has been stretched for so long, he hopes the new BYOT direction will require less effort. “The kids choose the tools, are engaged, and we don’t have to support it. Instead we can devote resources on the back end. As long as we build the infrastructure, the front end is easier to handle.”

Rich Kaestner, a project director for CoSN, sees many districts making this shift from laptops to access. “This has the potential to transform K–12 education,” he says. “It allows teachers to step back and let kids take charge of their own learning. The teacher becomes more of a coach as children learn at their own speed. That is what this [access] can do.”

Of course, no one says it’s going to be easy. A wireless network has to be robust enough to withstand hundreds of devices accessing it at the same time, and the digital divide comes in, because many children can’t afford their own devices. Still, schools are jumping on board and figuring out the steps as they go along.

The tech department of Birdville (TX) ISD recently installed a new wireless solution using N devices at the high schools. “We’re finding that the more we provide, in terms of speed and amount of bandwidth, the more the users will use,” says Julie Wallace, executive director of technology and information management services.

Wallace estimates that a third of the district’s students have their own devices. In December she rolled out nearly 650 i-devices for students. “Principals and teachers are determining a need from an instructional standpoint and finding the device to meet that need. That’s where we’re going, and that will finally, I believe, get us to where we always needed to be.”

A sea change
“In the past, adults brought laptops into schools and the kids were, like, ‘So?’” says Eliot Soloway, chief executive officer of GoKnow, Inc. and a longtime expert on handheld computing in schools. “Now the kids are bringing mobile technology into their schools. That shift in who’s in control is the fundamental difference.”

When we use mobile technology in schools, Soloway says, we’re telling kids, “You have it right. What you do outside counts.” Students spend more time doing schoolwork on mobile devices than they would with paper and pencil because it’s an affirmation of who they are and it’s readily available, according to Soloway. In fact, he says he has seen 30 percent improvement when children use mobile devices on the same curriculum they used to cover without them.

In three years, Soloway believes, there will be a layer of software that makes all smartphones the same; at that time kids will be able to bring whatever they have to school. He suggests that districts begin building infrastructure and doing pilots now so that in three years they will be ready.

The new one-to-one is “a slight reframing away from the notion that everybody will have the same device,” says Doug Levin, who heads the State Educational Technology Directors Association. At his organization’s November meeting, members coined the phrase high-access computing to define the more mixed environment in which every child and teacher has ready access to one or more devices, including laptops, smartphones, tablets, and electronic whiteboards. The devices are mixed and flexible so that teachers have what they need to meet instructional goals.

The first question for schools is how to manage this environment. Providing a uniform device may reduce the economic and technical burden; with a mixed environment comes a ton of network traffic. It also raises concerns about equity.

“We’ve been in a situation in which equity means packaging what teachers and kids should know in a book that everyone gets,” Levin says. “When it’s digital, it’s customizable, more powerful, and more abundant, but it’s not clear that it makes sense for districts or states to make all the decisions about how it’s delivered.”

A multi-tiered approach
Six years ago, Miami-Dade (FL) County Public Schools couldn’t afford to institute a one-to-one laptop program but knew that Internet access would become more available and less expensive. “Our strategy was to lift the systems that were client-server or site based and bring them to an enterprise level and make them all Web enabled,” says Deborah Karcher, chief information officer. Today every system, from grade books and scheduling to instructional software, is Web accessible. Karcher designed an interface so that all systems look the same online, including the very old student information system, which sits on a mainframe. She buys only digital textbooks, so that students can access them at classroom portals. The new superintendent asked her to link appropriate software to students to give them additional practice in areas in which test scores showed they needed help. All resources are available to parents and teachers.

Of course, all this innovation is useless without computers or Internet access, so the district refurbished old laptops and had wireless cards donated. Recently it received a broadband stimulus grant that provides 10,000 Internet connections and 6,000 computers free for the next six years.

“How do we get to one-to-one with this?” Karcher asks. “We are tackling it in several ways. We built our system for every platform except for iPad. We’re trying to make campuses wireless through eRate money so kids can bring smartphones and use them. And we’re giving out free laptops to people without access.”

Ellen Ullman is editor of SchoolCIO.

[Resources for the New One-to-One]

If you’re a CIO, a tech director, or just “the one who reboots the server,” we need you! SchoolCIO is looking for professionals to join our advisory board. Weigh in on the issues of the day on our group blog. Suggest ideas for upcoming articles. Receive exclusive invitations to upcoming events.

To join up, send a note to Ellen Ullman at SchoolCIO@nbmedia.com or visit www.schoolCIO.com.