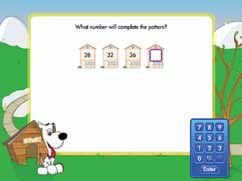 Too often, reviews of edtech fall short of reality. Sure, speeds and feeds are important to consider, but how does this stuff work in the real world? T&L tries to answer that question this school year as our editors follow the stakeholders at Village Charter School in Trenton as they implement Pearson’s SuccessMaker software on a 40-seat Dell PC desktop network.

SuccessMaker Reading and Math are interactive courses for grades K-8.

As the school year at VCS nears its end, we’re able to look back and evaluate how effective the Pearson-Dell solution has been in improving students’ performance. Just as we imagined when we started this experiment last summer, the results are not black and white but rather shades of gray.

What worked: Literacy rates are improving. Head of School Leigh Byron’s presentation to the VCS board of directors showed greater math and reading literacy in six of eight grade levels. Grades that showed the most progress also clocked the most amount of time on the program.

Caveat: Improved scores recorded by the SuccessMaker program do not automatically correlate with improved scores on standardized testing; for one thing, the latter involves taking students off the computers and having them fill in circles with no. 2 pencils. State scores will be announced in August; we will report those results when we get them.

What worked: The idea that data-driven instruction could become a day-to-day reality. Teachers are able to use data to create a log for each student and monitor their progress. School leaders use the results in weekly meetings in which classroom strategy is discussed.

Caveat: These practices do not originate from the software itself. Byron insists that this atmosphere exists because the faculty embraces the program and uses it to complement their work in the classroom. “They are able to identify the exact point where students are tripping up in the program and then work on it back during regular instruction,” Byron says.

What worked: Students are enthusiastic about learning. The multimedia features and gaming aspects of the program engaged students at all grade levels. Reports from students indicate that they look forward to “SuccessMaker Lab” three days a week. (See a studentproduced video about the program at techlearning.com/may11.)

Caveat: Again, the only way this or any other technology is going to work is if the entire school culture embraces it. “Without that,” Byron says, “you won’t get anything done.”

What worked: The customer-vendor relationship. Byron praised Pearson for its ability to “address problems before they became problems.” There was constant contact between representatives of both companies and school leadership. Dell also acted much as a business advisor when it brokered new relationships with other service providers, such as Moodle.

Caveat: The relationship depends on which region of the country you are in and the personalities of all the players. Byron advises holding many meetings both over the phone and in person to ensure that you feel comfortable with vendors before committing to any implementation of such magnitude.

End result: Village Charter will continue to build on the SuccessMaker program. The school has committed to a subscription for next year and has begun purchasing Dell Netbooks in an effort to be fully one-to-one within the next three years. If you and your school leaders have any further questions about the VCS experience, please contact the editors.