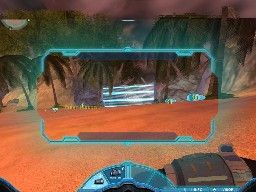 By Traci Dunbar,
Ocoee Middle SchoolPre-algebra and algebra are the gateway to more advanced math concepts and computations, and therefore critical for students to master. However, teachers often find that students lack the basic skills or knowledge needed to succeed in algebra. At Ocoee Middle School, we have encountered eighth graders working at a sixth grade level or lower. At that level, they are likely to become lost when attempting to solve order-of-operations, multi-step equations, or more advanced problems.

The games assume players’ familiarity with the embedded math concepts, so the relevant subjects usually have to be introduced beforehand. The standard practice at Ocoee is to teach the concept in a traditional lesson format and then assign homework. The next day, after reviewing the homework, students are assigned a game or “mission” with corresponding learning objectives. At the end of the week, players have a chance to play any mission they choose; some students have even asked those in higher grades to help them understand the more advanced math concepts so that they can move ahead.

One student, after having y-intercepts explained to him, exclaimed, “Oh my gosh, this is just like the game we were playing.” For him, the games translated mathematics from abstract, pencil-and-paper exercises to meaningful tasks. Although he didn’t realize that he was learning math while he was playing, he now has the basis for mastering the concepts. State math test scores for our eighth graders rose from 53 percent at-or-above proficiency in 2003 to 66 percent in 2008 - that increase speaks to the efficacy of the program. Following are three of the nearly 30 games that can be downloaded as free demonstrations from www.dimensionm.com .

Xeno Island Part I: Prime Numbers, Odd and Even Numbers and Square Roots

Players attempt to break through a series of energy gates in order to gain access to an abandoned research and development facility. To do so, they must demonstrate their knowledge of prime numbers, perfect squares, and odd and even numbers. The players assume the persona of the second highest ranking science officer sent to help his or her colleague, Darienne Clay, who is already trapped on the island.

The first gate is located on a beach scattered with radioactive nautilus shells that display numbers under a special visor display (see fig. 1). Students identify which shells have a prime number and carry those shells to a console in order to deactivate the energy gate.

The second energy barrier is surrounded by defunct sentinel robots. In order to open that gate, players must find the sentinels with the appropriate programs and recharge their antennae so that the gate receives their frequencies and opens. Through the special visor display, the programs manifest as mathematical expressions (see fig. 2, right). Players have to select the expressions that result in even numbers.

After fending off active sentinel robots, players must select energy cells that have the numerical value of a perfect square. They then cross the energy bridge, defeat another sentinel and help Darienne open the entrance to the facility itself by hacking into its computer system via a multiple-choice test that covers prime numbers, mathematical expressions and perfect squares.

Even single-player games like the one just described can encourage collaboration. At our school, students playing the game will call out to each other, “Which one’s prime, 19 or 26?” “What’s the square of 25?” or “What’s the square of 400?” Then any student who knows the answer will shout it out. Afterward, the entire class discusses the math concepts covered by the mission. For example, after the game session, teachers can start a dialogue with something like, “I heard Andy calling out that the prime number is 11. Why did he come to that?”

Wayfinder: Coordinate System and Scatter Plots
In the “Wayfinder” game players must use Cartesian coordinates to analyze geometric situations. The mission’s goal is to find four island data towers in order to download weather information. The game uses the ordered pairs as geographical coordinates for the towers.

As players move across the terrain, a point moves along the visor graph’s x and y-axes to indicate whether they are moving closer to the targeted location. On approaching the first tower, players are prompted to enter their current location using an ordered pair. Afterward, they have to “sync” information with the mission guide by clicking on quadrant II. When players are on the way to the final weather tower, they are prompted to indicate which of the graph’s axes, if any, they will cross in order to reach the tower.

This activity helps students struggling with the concepts of positive and negative integers. Working with their more proficient classmates, they learn how negative numbers become smaller in the second, third and fourth quadrants. Individuals who consistently have trouble with the concept gather in a smaller group for a instruction session during which the game is viewed on a larger screen so we can discuss it before they play the game by themselves again.

Once players have located all four towers, they have to enter the weather data at the Comm-Tower via a Time-Temperature graph. At first, the computer automatically labels and numbers the x- and y- axes, plots the given points, and checks the results. The players gradually take over, first plotting points from the tabular information provided, then numbering the axes. At the terminal, players carry out the entire procedure of translating the “real-world” weather data into a graph.

In this timed multiplayer game, the learning objective is investigating and estimating linear relationships. Players use the associative and commutative properties of addition and multiplication and the distributive law for multiplication over addition to simplify calculations. They have to develop strategies for estimating the results of rational-number computations and judging the reasonableness of the results.

Players may pick up a maximum of five spheres located throughout the game area, and each collected sphere appears on a coordinate graph in the upper left corner of the computer screen. Each player with at least one sphere can head to the basement facility and walk through the energy stream, triggering a multiple-choice problem based on the position of one or more of the spheres on the grid. Players must determine which of four linear equations represents a line that would be closest to or actually run through the sphere’s position (see Fig. 4, left).

This game may be bested suited to students who are already comfortable with algebra. At Ocoee, eighth grade honor students take algebra a year early and use the game to reinforce their math skills. The multiplayer game encourages quick mental computing because although players are encouraged to take their time to find the right answer, the more problems they solve within the time limit, the more points their team wins.
The school took part in a nationwide Meltdown tournament, the first phase of which consisted of preliminary rounds at individual schools. Ocoee held its tournament rounds in the media center where the rest of the student population could observe. Consequently, the sixth graders became interested and started asking their teachers how to do linear equations so that they can play the game.

The game scores themselves can be used as extra motivation for students. At Ocoee, students must get a minimum score in order to get a grade of C for playing. To get a higher grade, students have to beat that minimum score; they can return to a particular game throughout the semester in order to raise their scores. Returning to a mission also helps students work on specific deficiencies such as measuring or number sense. We also assign new games to help address deficiencies observed in other forms of classroom work.

These games are very versatile – they can be played during class or after school, and used as either remedial or enrichment activity. They work both to reinforce known concepts and also to explore new ones. Because of this flexibility, each school can easily tailor its use of the games to the particular needs of its students. The only caveat we offer it that can be like pulling teeth to persuade students to leave the gaming programs to return to their regular instruction. But we strongly believed the benefits to the students - renewed excitement about learning math and greater mastery of math concepts - are well worth the effort. Let the games begin.References
Tabula Digita. DimensionM Games. New York: Tabula Digita, 2006.