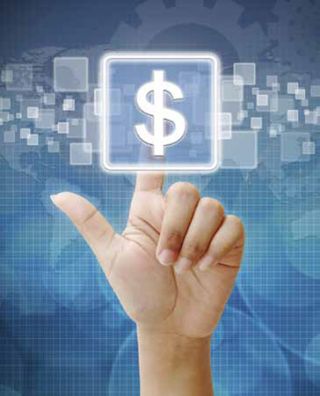 1 Closing the Wi-Fi Gap by connecting all schools and libraries is a laudable goal, but how do the numbers add up over a five-year period?

The Chairman’s proposal to pay for the annual $1 billion Wi-Fi program is actually pretty simple. We are on track to free $2 billion in reserves that we are prepared to spend over the next two funding years. Funds for the following three years would come from two significant changes. First, we would phase down support for non-broadband services, like pagers, email and, over a multi-year period, voice service. Those funds—nearly $1.2 billion in the E-rate program today—would be repurposed to support Wi- Fi. Second, we would achieve significant cost savings in the program within the new “category two” Wi-Fi bucket, and for the priority one (proposed to be called “category one”) services we continue to fund through improved pricing transparency and facilitating increased use of consortia-enabled bulk purchasing. And, as the Chairman has said, we will continue to look at long-term program costs to ensure that funds will in fact be sufficient to meet program goals, both for category one (TO the school/library) and category two (within the school/library).

2 Is anything being done to address non-Wi-Fi connectivity needs in the Chairman’s proposal?

The data shows that Wi-Fi is the biggest near-term need. Three out of five schools lack access to a sufficient in-classroom connection, largely because of current E-rate rules that give the lion’s share of funding to a very small fraction of schools and libraries with connectivity needs. The good news is that, once funding becomes available, Wi-Fi networks can be deployed very quickly. That is why acting now in time for the 2015 funding year is such a huge opportunity.

However, we agree that broadband infrastructure to the building remains a challenge for many schools, and far too many libraries. The Chairman believes this can be addressed by taking steps to improve the fairness of this part of the program as well.

3 What will this plan mean for rural schools and libraries?

The Chairman’s modernization proposal, if adopted, would significantly expand access to Wi-Fi funding in rural areas. The proposal would close the Wi-Fi gap that currently exists in the program—a change that would enable at least an additional six million children, disproportionately in rural areas, to access Wi-Fi and the 21st-century educational tools it enables during the 2015 funding year alone. Under the current system, rural schools on average receive 25% less Wi-Fi funding for every student, and 50% less funding for every school, compared to their non-rural peers, because the current rules often put them at the back of the line. With improved rules, over the next five years Wi-Fi funding for rural schools would be increased by 75 percent. As a near-term benefit, the proposal would also make it substantially easier for low-dollar purchasers, including smaller, rural schools and libraries, to purchase 100 Mbps or higher business/enterprise service commonly available below a certain price. How? By dramatically streamlining the application requirements for these offerings, requirements that have deterred many schools and libraries from utilizing E-rate. Finally, requiring greater pricing transparency in the program would help lower rates for services in rural areas as we continue to consider additional steps to address areas lacking sufficient infrastructure.

4 What will the effect of this plan be on urban districts?

Urban schools will benefit significantly under the Chairman’s proposal. Over the next five years Wi-Fi funding for urban schools would be increased by 60 percent.

Yes. The Chairman’s proposal maintains the basic structure of the E-rate program—discounts on the services each applicant actually needs, based on their circumstances. The difference is it would require a common sense budget for Wi-Fi spending, which would keep a few big spenders at the front of the line from using all the funding. In reality, when it comes to providing high-capacity Wi-Fi in all libraries and classrooms, the current system could do a better job for the majority of America’ schools and libraries. Last year, zero schools and libraries received support for internal connections. Of the support that has been provided in recent years, it has only been available to the same schools that receive the highest E-rate discounts (the “90% schools”). This structure deters all but a few schools and libraries from applying for funds and provides incentives for those most likely to get funding to request above-average levels of support. A “universal service” program is not working when only a few benefit.

In 2012, the last year internal connections funding was available, less than 5% of schools and just 1% of libraries nationwide received any support. Among the applications that received funding, most received amounts consistent with the proposed five-year Wi-Fi budget. But a handful—representing one-half of one percent of all schools in the country—spent far more than their peers. On average, 500 schools received more than eight times as much per student as the average among all other funded schools. The Chairman’s proposal, on the other hand, would provide an influx of support for all schools and libraries at levels consistent with what the vast majority have needed (urban and rural)—whether funded by E-rate or not—to deploy and maintain Wi-Fi systems. And it would do so while maintaining the poverty-based nature of the program and continuing to provide a bump for certain rural schools so that those who need it most receive the most.

Based on this new survey, the organizations say it is clear that school systems across the country lack broadband capacity, particularly in rural areas, and high costs remain the greatest impediment to improving capacity. This survey data highlights the harsh reality that we are failing to deliver adequate, affordable, reliable, high speed broadband access and internal connectivity to classrooms across the country.

The 2014 survey responses came from 47 states (Delaware, Rhode Island, Utah, and the District of Columbia not participating). Over 1,000 district administrators and technology leaders/Chief Technology Officers contributed to the survey, with 584 providing full responses. Survey respondents represented urban, rural, and suburban districts as well as large, medium, and small districts. This diversity in respondents provides data for districts with different needs, including identifying priorities and challenges facing our schools as they transition to the digital learning environments that students need to become college, career, and life ready.

• The affordability of Internet access is the biggest barrier to robust connectivity for the second year in a row (named by 58% of school districts).

• 60% of the districts surveyed reported using consortium buying services for bandwidth/Internet access, up from 44% last year. Many districts participate in more than one purchasing cooperative, and rural districts are more likely to participate than urban and suburban districts.

For the full report, go to COSN.org