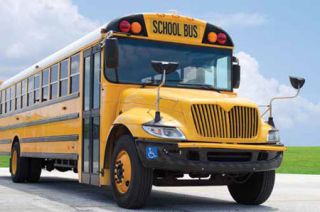 Over the last several years, I’ve written blog posts predicting a few things I think might be possible both in and out of education. Some of these I feel fairly certain about and others…well….there is the word “BOLD” in the title, right? So, with an eye on a hopeful future, here are my predictions for 2016:

A SCHOOL WILL TRY A SELFDRIVING BUS

Here’s a BOLD prediction that actually makes sense if it’s safe enough: self-driving school buses. Think about it, there are tons of accidents with buses already and the driver is constantly distracted by what the kids are doing. So why not turn the driver into a monitor and let the computer do the driving? You may laugh but people are already using the Uber-like service called “Shuttle” to take kids to and from school. This just seems like the necessary next step.

MYOT – MAKE YOUR OWN TEXTBOOK BECOMES A REALITY

I think the time is ripe for us to eschew the major textbook companies and begin to design our own. Our own government is promoting more free OER content that could really help make this prediction a reality. We’ve evolved in so many ways with technology, why are we still trying to make our textbooks fit inside virtual brown paper covers?

A “TEEN SOCIAL MEDIA PREDICTION” APP WILL BE INVENTED

With some of the latest news about apps like Brighten and After School making the rounds before the holiday break, parents are exasperated. They want to know how to stay ahead of the kids to keep up to date on where they are “hanging out” virtually. Since data privacy and big data seem to be converging, it would make sense that a clever coder somewhere would be able to use some predictive analytics that would show us where teens are going next. Take those analytics and put them together into a snazzy little app that notifies parents and Kazaam! You have a million dollar idea right in your pocket. It couldn’t hurt to try at least, right? This, of course, would be followed by the invention of another app to combat the above “Teen Social Media Prediction” app. Once this app is invented, another app will be invented that falsely tells parents which platform they think their teens will go to next, just to throw them off the scent. However, along the way, some will discover that parenting is still parenting regardless of social media, devices, or even the great 21st-century debate about “when should my child get a smartphone?”

THE ELECTION WILL BE TELEVISED…VIA PERISCOPE

This year, with major news organizations already promoting their own agendas and affiliates, I think using platforms like Periscope, SnapChat, and the like will help individualize what we want to learn and hear about the candidates. Or at the very least, it will provide some fun reality TV-like media fodder when a candidate uses the social media tool incorrectly (you paying attention, Rick Perry?).

THE “UNDEAD” LEARNING MOVEMENT WILL HAPPEN!

At last year’s iPadpalooza event, I gave a mini-keynote about how the only days when learning doesn’t happen in schools is during mandatory state testing days. I called it “Undead” learning because, in essence, our students’ brains are much like those of zombies in terms of which synapses are firing during this time of year. What we learn from their testing data is kind of like an autopsy, too, since we don’t actually discover what they learned until they’ve left the school year. While I do think there are good ways to measure student growth, this year I’m asking that we start a mini-revolution by simply snapping a #2 pencil in half during testing season and posting it to social media with the hashtag #UndeadLearning. My BOLD prediction: Hundreds of educators will participate!

A SCHOOL WILL GO 1:1 CARDBOARD

Virtual reality is becoming the rage in the business world. With Microsoft’s HoloLens, as well as other players already entering, leaving, and potentially reentering the market (Hello, Google Glass), it makes sense that schools will want to embrace some of this technology too. The truth of the matter is that schools can’t afford a HoloLens for every student to make virtual a reality. (See what I did there?) Enter the Google Cardboard Expedition. Google’s latest low-cost gadget leverages schools already using a BYOD or 1:1 device to take students on virtual field trips all over the world. Many schools are experimenting with this technology now and I’d bet this year, a school officially becomes a “1:1 cardboard” school.

With my six-part book series on Mobile Learning Mindset completed at some point this calendar year, I might actually try my hand at a modernized, mobile-friendly children’s book. Think zombies meets Star Wars meets Harry Potter. Okay, so it might need some work. Oh, and I while I’m at it, I might also need a pen name. Especially if there’s any hope of getting it onto the shelves of schools around the country.