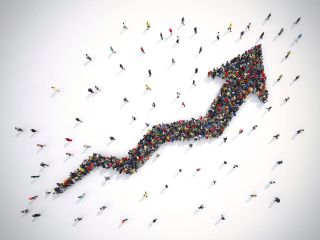 It took all of human history until 1802 for the human population to reach its first billion. It took just 12 years for it to acquire its most recent billion. A recent estimate by the United Nations estimates that 10.1 billion people will be here by the end of the century. For World Population Day (7/11) examine charts on the rate of growth and watch a National Geographic video titled 7 billion.

Brought to you by Knovation, powered by ACT