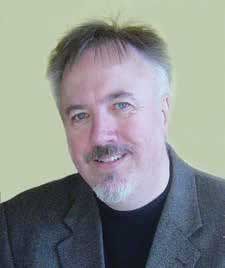 The early 1990s were heady years. We watched Internet Relay Chat, Gopher, CU-SeeMe, MUDs, MOOs MUSHes and the World Wide Web revolutionize how we used information and communicated with each other. Online communities like The WELL and Cleveland FreeNet were being featured in the mainstream media. It seemed that every evening I was coming home with a new story of something I had found or someone in some exotic place with whom I had communicated.

We learned about news from mailing lists and an email address that was associated with a list of other addresses belonging to people, tens or thousands of them, who had a common interest. Some of the most popular lists for educators were LM_Net for library media folks, NetHappenings, which announced the latest and greatest on the Internet, and WWWEdu, established by Andy Carvin to advance the use of the World Wide Web in education. Watching the inboxes of our email programs, we learned about state-of-the-art offerings, often the same day that they appeared, and discussed their potential implications for teaching and learning.

One day I ran across a mailing list hosted locally at the University of North Carolina. Its members were interested in establishing a Research Triangle FreeNet, similar to the then famous Cleveland FreeNet and others that were popping up across the country. Accessing the Internet from home was still difficult, and most of the people who did were associated with one of the local universities or colleges.

I eagerly joined the list. It was customary, upon joining a mailing list, to send a message of introduction, sharing your interests, skills, or facilities that were relevant to the list’s objective. I posted mine, introducing myself and expressing my interest in how these types of online communities and greater access to digital information might serve to improve how we educate our children.

After an hour I received a personal email from a member, Paul Gilster. He welcomed me to the list and, more eloquently than I had, he described his ongoing interest in how a FreeNet might serve local schools. He also stated that I was the first person to join who was actually connected to the K-12 education realm. This rather long message continued by tracing the history of their efforts, what they had accomplished, and the stumbling blocks they had encountered.

At the end of his email, Gilster asked, “Are you, by any chance, the David Warlick who lives across the street from me on Yadkin Drive in Raleigh?” My wife had become accustomed to my almost daily exclamations: “I emailed with someone from Australia today,” or “I just received an email from a teacher in Hong Kong.” That night I came home and excitedly informed her, “Guess who I met on the Internet today? Paul Gilster, across the street.”

The Gilsters would say, “Hi!” on the street, and we knew that Paul wrote wine and business columns for The Raleigh News & Observer. What I didn’t know was that Paul Gilster was rapidly becoming a nationally respected authority on the Internet and that his business columns had become almost exclusively devoted to personal technologies in business. He had just published his first book, The Internet Navigator, one of the very first published works about using the Internet to find interesting places to visit.

A former college instructor and scholar of medieval literature, Paul has been an owner of a wine shop, a commercial flight instructor, and a respected columnist on emerging technologies. Most recently, Gilster has become an authority on deep space and interstellar space travel, with the publishing of Centauri Dreams (Copernicus, 2004). His blog also serves as the news forum for the Tau Zero Foundation, an organization that advocates research into interstellar space travel.

This model of skillfully using unprecedented access to information to profitably pursue multiple avenues of interest may well be common in the future for which we are preparing our children. Are our schools helping them to understand, embrace, and adopt the kind of learning lifestyle that their future will almost certainly require?