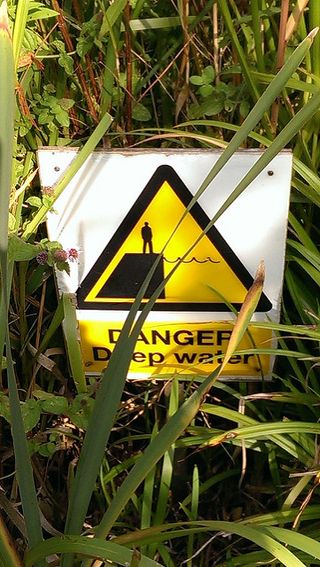 When it comes to judging students’ work in Computing and related subjects, there are five things that are crucial to take into account.

1. What is the question to which this is the answer?

Unless the point of the work was some sort of drill and practice, it should be an answer to a problem, in my opinion. It may be a pretty simple or “low level” problem, but that’s not important as long as it isn’t low level from the student’s point of view. See the next point also.

These five criteria may appear to be simple, but there's more to them than meets the eye

2. Is the quality of work, or the degree of expertise shown in its execution, what you would expect from a student of that age?

Some years ago a Head of ICT showed me the work one of his students had done. He thought it was wonderful, and expected me to share n his delight. Well, this so-called “work” was an animated video which the student had produced by moving a toy figure bit by bit and filming it with a pocket camcorder. Actually, it wasn’t bad at all for a five year old. Unfortunately, the student was twice that age. There was no discernible story line, and no discernible skill, that I’d expect from a student his age. You should know enough about programming and the other aspects of the Computing Programme of Study (IT, Digital Literacy, e-Safety) to be able to judge whether a piece of work is of a standard that you’d expect to see.

3. What has the student learnt or achieved in terms of the aims and objectives of the Computing curriculum?

A student may have learnt X, but if X isn’t part of the curriculum, then you may have a bit of a problem. After one lesson I’d observed, I asked the teacher why he’d wasted virtually all of the students’ lesson time by having them type data into a spreadsheet, when the lesson was supposed to be on modelling.

“Well”, he said, “I thought it would be good for them to practice their keyboarding skills.”

“Fine”, I replied, “Except that keyboarding skills are not part of the curriculum, and neither was practising them the stated aim of your lesson.”

Maybe X (keyboarding skills or whatever) are absolutely vital. But if X is not part of the Computing curriculum, then why are you teaching it? You may be able to make a good case, because not everything that needs to be taught is in a curriculum of course. All I’m saying is that this sort of thing should be explicit, otherwise you end up teaching stuff, and the students end up learning stuff, without anyone quite knowing why.

4. Is the student able to say how his/her solution (see #1) can be improved?

Very important this. Even the youngest pupil ought to be able to say how whatever they have done could be improved. If, for example, a child has “told” a programmable toy to go forward a certain distance, but that distance turned out to be too much or too little as far as where they were aiming for was concerned, the child should at least be able to recognise that. Hopefully, they will then be able to start to figure out what to do about it.

5. How much of the work did the student actually do?

That brings me on to a crucial point: how much of the work did the student do individually? We are constantly being told that students must collaborate, because working in a team is a “21st century skill”. But so is being able to work things out on your own, just like most of us do most of the time in our everyday lives. Besides, how do you even begin to work out an individual student’s contribution when the work has been done through a team effort? It ain’t easy.