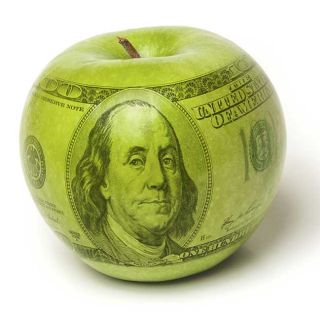 Government schooling comes with strings of compliance, conformity, and dictatorship attached yet most of the elected officials determining what happens in these schools don’t send their own children to them. Even when they do, when you scratch beneath the surface you may find these are specialty schools that look very different from the rest. For example, in New York City, these are called Performance Based Assessment Schools. The students there don’t have the same requirements for the curriculum, standards, or assessments required by the rest of state. Instead they have more real-world and project based work and assessments. Montessori is a favorite school choice for many of the nation’s leaders. Waldorf schools are in favor for those who value an environment providing artistic development of pupils. The governor where I live sent his children to boarding school. Democratic schools provide another model that has become a popular choice among parents who value self-directed learning, that incorporates responsibility to community along with personalized learning for their children.

Why is it that all members of society don’t have access to these type of school that those with means select for their own children? This is the way it’s always been, but must it always be this way?

This is the question that came up in Israel nearly a quarter century ago. Citizens did not agree that if they chose to send their children to what they call a “unique” school, that this should mean no government funding is allocated to that student. Parents mobilized for change so that funding was tied to pupils, regardless of the type of school, that their family felt was best. Today, for the most part in Israel, all schools receive per pupil funding from the government. Traditional schools are provided at no cost to families. Unique schools require families to pay a contribution of what comes to about $200 a month. Scholarships help poorer families pay the annual tuition. Students who come from truly impoverished backgrounds, have the opportunity to attend boarding schools like Mevo'ot Yam Youth Village. Immigrants and refugees have schools with substantial wrap-around services for students and their families such as the Bialik Rogozin School.

I was unaware that other countries have government funding for such schools before I was invited as one of five bloggers to be a part of #VibeIsrael’s#VibeEdu Education Innovation tour. While there, we met with the Eyal Ram, Director of Educational Workers at the Ministry of Education. He explained that in Israel there are only government schools. Some look similar to a traditional school in countries like America. There is a common curriculum. Students are grouped by age. Schools look like they always have. But there are also unique schools. Once reserved for only the elite, schools like Montessori, Democratic, Boarding Schools, and Waldorf are now more widely accessible.

I spoke to many citizens there and it seemed like they couldn’t have imagined things any other way. Parents had the right to determine the type of schooling that was best and the schools were entitled to a per pupil funding. These aren’t voucher programs or charter schools. These are options available to all citizens.

Later in my trip I had the opportunity to meet Yaacov Hecht, Founder of the Democratic

School in Hadera City. He was largely responsible for the shift in education access in the country.

After he rallied a community to support the establishment of the Democratic School in Hadera, he worked to educate others about the benefits of such a school. Tours were held. The school was celebrated. Other cities wanted what Hadera had. Hecht knew that for success and government funding there would need to be not just one school, but a network of schools and strong parental voice. He began the work to establish more schools, meet with more policy makers and individuals in the Ministry of Education. He explained the value and importance of a non-coercive, self-directed, Democratic learning environment. People began to understand. He took advantage as much as possible for political shifts and changes until eventually Israel had more Democratic schools per capita than any other country. The rules for the Democratic schools applied to all unique schools, and a new system was formed. It wasn’t fast. It wasn’t easy, but it was possible. Of course there were many other factors involved which Hecht shares in his book Democratic Education: A beginning of a story. If you don’t want to read the book, you can read some of my favorite quotes and concept here.

You may be thinking, well that is fine for a small country like Israel, but in a place like America there is no way one person, or even a group can change the policies of a nation. You may be right, but let’s consider how most human rights (women, minority, gay) have been granted in America. One city, then one state at a time. There is no good reason that a dedicated group of parents, students, and a community could not mobilize to make change. Hecht does advise that doing this obligates parents to go off ‘auto pilot’ and create their own educational credo for their child.

Come on! This is America, a nation built on Democracy. What would it take for us to stop accepting a a common education for all and start demanding opportunities that put the power of democracy in the hands of every citizen -- including the youngest ones?

Interested in learning more about Vibe Israel’s #VibeEdu Tour? Check out the tour site here or follow their work at: