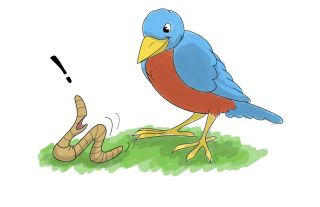 So, you’ve landed that dream job of school technology leader. Now what? Here are ten principles that should form a useful starting point.

There’s an old saying, that if you don’t know where you’re going, you never know where you’ll end up. It’s the same with technology leadership. You need to have an end result in mind. Vision statements need to be aspirational, but also as vague as possible to prevent their looking dated in no time at all.

For example, a statement like “Every child will be able to bring their own device to school may sound far-sighted, but many pupils these days have several devices. A better version might be “Every child will have access to the technology they need when they need it.” That also doesn’t limit you to devices. It would, for instance, still be relevant even if pupils started wearing their technology or even, in years to come, come to school with it embedded in their bodies.

Another reason that that statement is better is because it should also form the basis for thinking about the wider infrastructure in the school. For example, if a time comes when pupils come to school with technology implanted, embedded in their clothing, wearing it on their wrists and with two or three devices in there purse or pocket, the school’s wi-fi is going to need to step up to the plate!

There’s no such thing as “enough”

School finances are never ideal, but as technology leader you should, in m,y view, take the view that you can never have enough money or resources. Even if you have enough laptops and tablets for every pupil, teacher, and visitor, there’s always scope for more.

For example, it is very useful to have spare printers and computers so that when one goes wrong you can replace it immediately, and not ask everyone to wait for weeks while the faulty one is repaired.

If you already have enough spares, then how about starting an innovation fund? A few hundred dollars could be used to try out a new handheld scanner, or some wireless headsets.

And if all the boss can offer is 50 bucks, that will buy a few printer cartridges.

In my experience, all students can achieve more than you might think they can. Offer them an easy course, and they may feel patronised and belittled, while offering them a difficult course could help them feel respected. Obviously, each school and pupil is unique, so you have to judge these things for yourself, but people do tend to live up or down to others’ expectations of them.

There’s a tendency these days for people to “big themselves up” — probably one of the malign effects of social media. But if things are to improve in school, then you have to be honest — even if only with yourself, if honesty could be career limiting in your present employment. Thus, if an experiment with teaching programming didn’t work out, you need to acknowledge that in order to change your approach for the better. Being upfront about such things should also encourage people in your team to adopt the same attitude.

If your response to someone delivering unwelcome news is to start shouting at them, I guarantee they won’t tell you the full truth next time. It is a really self-defeating approach. See under “Information” below as well.

Speaking of team members, delegating responsibilities, not just tasks, is a good idea. It’s good career development for them, and it also means that you will be able to trust them to get on with things if you’re off sick.

Some poor managers try to do everything themselves.That’s not only impossible, it also leads to team members not even bothering to contribute more than they have to. In one job I had, I said to one of the members of my new team, “Why doesn’t anyone come up with solutions? Why do they expect me to do all the thinking for them?” I’ve never forgotten his reply: “Our old boss never wanted to hear our ideas, because he was also so sure of himself. In the end we just stopped offering any and just let him get on with it.”

I’m a great believer in the value of information. Keeping parents informed, for example, will help to get them on board. For example, if you decide to experiment with having a live Twitter stream going on in your lesson, tell the principal and the parents, explaining why. (You may need to obtain permission, of course, and the protocol for contacting parents may be that you don’t do so directly, but the general principle still holds.) Otherwise all that will happen is that a student will tell her parents that all you did in the lesson was look at Twitter, and the next thing you know you’ll be on the carpet in the principal’s office.

You also need information from your colleagues about what has gone well and what has not — another reason for the honesty discussed earlier.

And, of course, data relating to pupils’ achievement in your subject will be crucial. Not only individual pupils, but groups of pupils. For example, how are the girls doing compared with boys? Is there a difference? If so, why, and what are you doing about it?

Finally, you need information about what’s going on that could affect ed tech. The Technology & Learning website, news feed and magazine are a good start. You might also like my own website, ICT & Computing in Education, and newsletter, Digital Education.

A useful side effect of keeping well-informed is that it enables you to be proactive. For example, if a new report is published about education technology, you could summarise the report and its implications on a sheet of paper. You’ll not only be keeping her informed, but you’re making it very clear that you’re up to speed yourself. Principals tend to like to know that they can trust their teachers to make decisions based on knowledge, not conjecture.

Put simply, one good turn deserves another. If you help out a colleague, they are more likely to help you out if the occasion arises. This principal is especially important in the online world, where your reputation can be made or marred on the basis of very few parameters. For example, if someone writes a blog post about the great things you’re doing in your school, don’t take that for granted. At least thank them, and better yet, publicise something they are doing too.

Above all, one of the reasons you’re paid to be an ed tech leader is that you’re expected to act responsibly and to take responsibility if things go wrong. And, of course, to graciously accept responsibility when all goes according to plan!

Terry Freedman is an ed tech writer, speaker and consultant. He publishes the ICT & Computing website and the Digital Education newsletter.