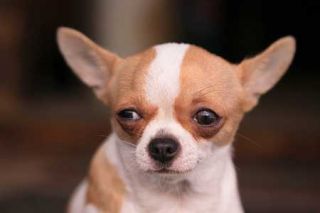 If I weren’t an educator, I would want to be a behavioral scientist. I find the field to be fascinating. Knowing what makes people tick and why they do what they do has always interested me. One of my favorite concepts in behavioral science is nudge theory: the idea that instead of forcing people to do something they don’t want to do, we can gently nudge them into making better choices often just by changing the way we present the choices to them.

As I read books, research, and listen to podcasts about nudging, I always try to imagine what the nudges being discussed would look like in a school setting. For example, the research on nudging people toward making healthy eating choices is powerful. Simple things like putting healthier foods closer to the register or putting salad tongs in the salad bar over a spoon/fork grabbing combo increases the purchasing and consumption of healthy foods. Sandwiching unhealthy food choices between healthier choices on a menu leads to more people ordering healthier meals because people tend to focus on the first and last parts of things. Another cool example, a study conducted at an airport in Amsterdam found giving users something to aim at while using the urinals resulted in an “80% reduction in spills and overall greater cleanliness in the toilets.” Why wouldn’t we want all of our schools to be using nudges like this to improve the school experience and help students make better choices?

I use(d) a bunch of nudges in my classroom and am always on the look out for more. Here are some nudges I’ve used to help my students and I to be the best that we can be.

Audio Comments – not quite sure if this is a nudge, but using audio comments has helped me build better relationships with my students. When a kid gets an assignment back covered in red ink, all they see is how terrible they are, or, worse, use it as evidence to prove that you hate them. Using audio comments instead of red ink lets a student here the intonation, inflection, and positivity in your voice. They can hear you’re rooting for them. The best and free way to give audio comments right now is Read and Write by Texthelp. It is free for teachers and students don’t have to have it installed to get the audio comments. It’s great.

Separating Tough Students From Their Audience – schools run on a reputation economy. If you challenge a tough kid in front of his or her peers, they will likely push back because they don’t want to lose social currency. Instead, I try to get a tough student away from their classmates and talk to them one-on-one. Tough kids quickly become more reasonable if you take away their audience.

The Power Of Expectations – teachers talk. Every year I knew which kid to watch out for before they even got to my classroom on the first day of school. When I heard I had a tough kid on my roster, I would stop them at the door on the first day and tell them how excited I was to have them in class. I tell them how highly his or her teachers had spoken about them. I keep this up throughout the year because people, especially kids, will live up to the reputation you give them. I choose to give every kid, even the tough ones, a great reputation to live up. They don’t often disappoint. Every kid needs someone to believe in them.

Positive Points Only – On an assignment, I use to put the amount of points a student got wrong on their paper, -25. Now, I put the amount of points a student got right, +75. A positive nudge like this lets students know they’re not all bad. Further, I’d love to see more teachers and schools adopt the video game inspired method of grading: instead of starting kids at 100 and putting them in a system where failure is the only options, why not mimic a video game and start them at 0. When you start a kid at 0, everything they do makes them more successful. Success breeds success. Instead of grading with negative numbers and starting kids at a 100 and losing points, use positive numbers and start them at a 0 and let them earn points.

Nudging often doesn’t cost a lot of money or take a lot of effort to deploy, but they can yield serious results. I encourage you to take the time to understand how and why people make choices and then find the best way to present these choices to them – learn to nudge. The UK and even our own government are getting into the nudge business. Schools should be too.