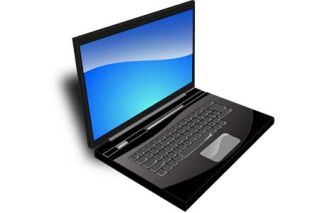 A quiet revolution has been taking place in American schools.

“We have gone to a student-centered, project-based teaching model, with teachers no longer ‘on stage’ or students sitting in rows, like in a factory,” says Phil Harding, Technology Integration Specialist at Val Verde Unified School District in Perris, California. Even in the district’s high schools, lectures are rare, and pods of four to six students work together on projects for most of the day.

“Today our students are walking around with devices that give them remarkable access to information,” adds Gregory McWhorter, who, like Harding, offers instructors in-depth help with hardware, software, and pedagogy. “The teacher is no longer the sole source of information, but the student needs guidance to understand which sources are credible and which are not, and to consolidate the information they find into meaningful knowledge.”

To help make that happen, the district employs a powerful combination of Chromebook™ notebook computers for student use, Lenovo Yoga™ convertible laptops for teachers and Casio LampFree® projectors for classroom display.

The emphasis on innovation in technology and teaching methods has helped the mostly rural, low-income district consistently outperform expectations on achievement tests for core areas such as mathematics and English language
arts.

Grassroots IT
At first glance, the Val Verde test scores may not seem remarkable: district students perform at or slightly below average in the California Smarter Balanced Assessment System. Yet their students come from demographics that often do not do well: 94% are minorities, 87% qualify for free or subsidized lunches, and 20% are English learners.

“We simply refuse to lower our expectations for students that some seem to think are unable to learn,” says Matt Penner, Director of Information and Instructional Technology.

A big part of the district’s success stems from a strong belief in grassroots innovation. For example, Penner and his team created the position of “teacher tech,” bringing nearly 60 classroom teachers into the IT department on a part time basis. The teacher techs add tremendously to the reach of a 20-person IT staff, helping other instructors with hardware and software issues and serving as a cadre of innovators, helping the district find and evaluate new technologies and new teaching methods.

In addition, Val Verde employs 40 full-time instructional coaches, helping teachers implement more effective classroom strategies. “The coaches help them understand how to reach kids in the most collaborative ways, how to get them thinking and working to discover the lesson together,” McWhorter explains.

Although the technology team is very open to new ideas, they carefully test new devices and software packages. That was the case four years ago, when Penner and his team were considering the LampFree projectors from Casio, which use a hybrid LED/laser light source instead of a projection lamp. Penner bought a handful, then evaluated them in classrooms for six months. He and his team were so impressed, they bought more than 900 more the next year, one for each of the district’s classrooms.

In 2013, Penner and his team decided to adopt Google Apps and other Google for Education tools, and in the same year began testing Chromebooks for student use. They started with eight, then after an initial testing period bought 120 more. “We put them in three classrooms for six months, and they worked out really well,” he recalls. “We made our first big purchase, of 4,500, for the following fall.” Today the district owns almost 20,000 – one for each student.

Last year Val Verde undertook a large-scale evaluation of instructional computers. “We worked with our teachers, our teacher techs, principals and administrators to narrow it down to two contenders,” Harding explains. “Next we launched a pilot with 20 teachers to help us pick the best device.”

The group settled on the Lenovo Yoga, which is a three-pound Windows “convertible” that can be used as a laptop or, with the keyboard folded behind it, as a tablet.

A powerful combination
One reason to pick the Yoga was that a Windows environment was essential given the amount of data staff use each day. “Our teachers can see exactly where each of their students are deficient and what they’re good at,” says McWhorter. “We spend a lot of our professional development time helping them to understand how they can use the data to individualize their approach.”

Because the Yoga can be used as a tablet, teachers can walk around the classroom with it as well, guiding individual students or student groups. With the Yoga in hand, they can check on student progress, answer questions, take notes, or search the Internet. Paired with the Casio projector, the Yoga laptop/tablet gives instructors remarkable freedom to guide, instruct and react to the discoveries students make as they learn about the world.

“We’re currently testing markup software for the Lenovo, which allows the teacher to create diagrams and show them on the projector,” Harding says. They have also been testing software that allows the sharing of screens from the students’ Chromebooks to the teachers’ Yogas.

The next step, Penner adds, is to implement a wireless link from the Yogas to the Casio projectors, eliminating the need to walk back to the teacher’s desk for a hard-wired connection. Another pilot will help the IT group determine the best of several choices for the link.

Reliability key
Penner says that, as powerful and flexible as all these new tools can be, their reliability is absolutely crucial. “You can put an amazing amount of technology in a teacher’s hands, but if it doesn’t work every day, the teacher is stuck.

“One reason we went to Casio and partnered with them is that lamp-based projectors tend to last only two to three years in a classroom,” he adds. Heat is the number one enemy of any electronic device, and projection lamps run very hot. The extreme heat causes problems with the DLP or LCD element, power supplies and other components.

“You have to realize that when we had more than a thousand lamp-based projectors, it became a maintenance nightmare,” he recalls. “Every day of the year, I had four or five projectors out of service, waiting for new lamps or out for repairs. We had teachers calling us right and left, either screaming or crying, ‘I have an amazing lesson for today, but I can’t use it with the projector down.’”

With the cool-running LampFree projectors, however, Penner says he’s had only a handful go down in three years. “It’s an enterprise projector in that we can deploy thousands of them at a reasonable cost, and they’re quite maintainable...We bought them hoping to use them for three to five years, but now after three, we have no issues on the horizon and no plans to replace them.”

The switch in projector technology is only one small example of what can happen when hundreds of staff members start contributing ideas for the common good. It’s great for students, great for test scores, and great for the teachers themselves.

“Our teachers are transforming their classrooms and our district,” Harding says. “One will say, ‘Wow, did you see what Dana did?’ They’re very active, excited about what they’re doing.”

“One of our most senior teachers is one of our most innovative,” McWhorter adds. “He was ready to retire but didn’t. He says he’s enjoying it too much.”