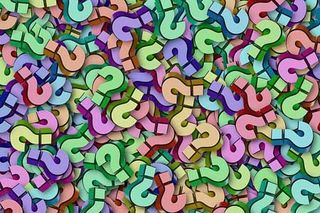 I’m noticing an unusual pattern of late. In education, there’s a strong underlying message to bring back or maintain curiosity and wonder as the foundation of learning. Meanwhile the media, both mass and traditional and social is intent on killing curiosity. Whether it’s politics, racism, environmental or a host of other modern issues, the message is pretty standard.

“Unless you believe me/us, you’re stupid or evil.”

The problem with curiosity is, it’s nice in theory, it might work in schools, but in the real world, curiosity is not valued and it’s often disdained.

I understand the passion the people have about many of these issues. But the absence of wonder and curiosity sends exactly the opposite message to our children when it comes to lifelong learning. The shortage of thoughtful, welcoming conversation and discourse is alarming. For a person genuinely interested in learning about two or more sides of an issue, good luck. There aren’t many safe places to ask questions and learn. Phrase a question incorrectly, and you’ll be hammered and chastised for your ignorance. So instead of engaging in civil discourse, you’re forced to choose a side and be bombarded inside an echo chamber that paints their opposition in the most demeaning ways.

I hear again and again, “schools should be more about questions than answers.” I speak to educators about the need to renew wonder and curiosity as the cornerstone of education. It’s a bit ironic that for years now, the narrative has been that schools need to be more like the real world. “Schools are places where wonder and curiosity go to die.” When it comes to many issues, schools might be the only places where ignorance is embraced and addressed without judgment.

Think about climate change, politics and racism as three global issues. They are far more complicated that should encourage questions and discourse. The world rejects and chastises anyone who challenges any side.

At the risk of inviting the exact attacks, I’m referencing let me share two examples which address my concerns.

Donald Trump is likely the most divisive human on the planet. Everything you read online and e every conversation you have is designed to further your belief about him. Even the same information is up for interpretation. The article looks at how people will view the same story.

Most people in “Hate Trump” world likely never even saw the second picture of Trump and Francis. And vice versa for people in the “Love Trump” world. And it’s not only that they didn’t see the other picture. It’s that they have NO interest in seeing it because it doesn’t comport with their broader world view.

When we’re unwilling to interact with things that raise questions about how we view people and the world, we’re not in a very good place as a society.

To me, this isn’t about Trump as much as it is how unwilling we are to engage or as the author says “interact with the things that raise questions”.

The second example is from Canada. As someone who does not claim to have a great grasp of the residential schools’ history in Canada, I believe that it was not our best moment and it’s hard to deny that injustices were done as well as the concept being flawed from the onset. So we I see an article about someone challenging the narrative, I’m skeptical as well I should be. However, my concern is that institutions like universities are unwilling to engage. If her claims are false then a discussion in a public forum with educated and informed people, should shine a light on her inaccuracies. The quote that stands out to me is:

So for anyone who wonders about her research and claims, we aren’t really encouraged to be curious.

I share these examples, not to get you thinking specifically about these two examples but more broadly about how curiosity isn’t really encouraged as adults, at least not when it comes to important issues. Specifically online, I’m afraid to ask questions about many topics for fear of being seen as ignorant or worse. I understand people’s passions but as educators, I hope we have reason and logic which allows for questions and gaps to be addressed and valued. And even within our own strong beliefs, this quote should be considered:

My obsession with civil discourse has been shared multiple times on this blog. But this post isn’t even about the discourse as much as it is about simply asking questions and being allowed to be curious. What message do we tell our students?

“Be curious now, because as an adult, you won’t be allowed to ask questions”

“Be curious as a child, when you become an adult, you’ have to be careful which things you’re curious about”

Safe spaces where questions and curiosity are valued are few and far between. Schools might be one of the only places where that’s true. In this case, let’s not be like the real world.