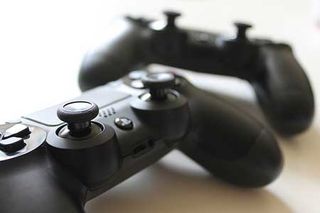 If you haven’t been following along with my series on gamification in the 5th grade classroom, you’ve been missing out. This year, Rachel Cheafsky and I have worked hard to implement a version of my gamification system that meets the needs of her classroom: one where she did not have ready access to a lot of technology. Rachel had a great year and agreed to come back and tell us how things wrapped up. Check it out:

The 2016-2017 school year has officially come to a close, which, for me, means I have officially cleared my first level as a first time teacher in a fully gamified classroom. It was my eighth year in the classroom and it completely shifted my mindset. Here’s why:

After seeing Chris Aviles present on gamification about a year and a half ago, I knew I had to take all his great ideas and find a way to use them in my own 5th grade classroom. This past September, I did just that. I started by setting up my own website. This alone was a game changer. In one place, I was able to put all of my contact information, resources, social media, and links for students that was updated and utilized throughout the year. My website also housed all the main components attached to the gamification system I had in place. The class and team leaderboards, Item Shop, and achievements were all also located within my website.

Before I can continue, though, I need to give you a little background information on how I used gamification within my 5th grade classroom. The students had the opportunity to earn Experience Points (XP) and Achievement Points (AP) all throughout the school year. XP was earned through their graded assignments and AP was earned when students completed heroic deeds or displayed heroic traits. For example, one way to earn AP was by completing your Side Quest (our cool name for homework). There are a lot of ways to earn AP and some new ideas were added as the year progressed. Here are some of my favorites:

Student Achievements were kept in baseball card holders and hung from their chairs!

Tribute: This achievement card was earned if the student selected for Tribute, by a random name generator, was prepared with the item I asked for. For example, if we were using composition books that day, I would randomly select a students name and if they had the item, they earned 10 AP for everyone in the class.

Side Quest: The students earned this card for completing their side quest (homework). If everyone completed their side quest, the whole class earned 50 AP. Students worked hard to not let their peers down. I definitely saw an increase in how often they did homework.

The Chosen One: This card was earned by the student whose homework we used to go over the side quest as a class. It was selected by a random generator and they could either decide to be the chosen one or pass it on to the next person.

That Insta-Life: This achievement was definitely a crowd pleaser! I started my very own class Instagram account this year and highlighted students throughout the year. If they made it onto the Instagram for being awesome, they received this achievement card along with 25 AP!

Task Master: This card was created half-way through the year by the students themselves! One day, my class was all on task working so well. The volume was appropriate and everyone was doing what they needed to. I complimented the class and praised them on their behavior. One student said, “This should be an achievement,” and right there on the spot it was unlocked, Task Master! A chart was kept on the board each day as well as two sticky notes were placed under each period. At the end of each class I would reveal the name of the student and if that student was on task for the period, they earned two tally marks for the class in a class vs. class competition. At the end of the week, the class with the most tally marks won Task Master for the week along with 50ap. Talk about accountability! Now the students who had difficulty staying on task were trying harder because they wanted to earn Task Master and they definitely did not want to let their peers down.

All of the students were given a baseball card holder and this is what they used to house all of the cards they earned from their achievement points. They loved being able to see the tangible cards they were earning and collecting on a daily basis. I kept totals on their XP and AP points and updated the leader boards every 2 weeks. The leaderboards were a hit, as the students were able to create learner tags and check out their progress vs the rest of the students in both classes whenever they liked!

Another game changer was just changing the names of everyday classroom items. For example, homework is now called a Side Quest. Quizzes are much better when you call them Heroic Quests and Tests now are known as Epic Quests. Changing the names of these regular assignments changed the way the students thought about them and motivated them to complete them and do better.

I think my favorite thing about gamifying my classroom was that it was always able to be changed or improved upon. When a student did something amazing, I could recognize this achievement by making it an official achievement in our class. For example, in 5th grade the students at my school get lockers for the first time. It is very difficult for them to unlock the combination lockers. This can take weeks of practice. The first time one of my students did it on their own, I immediately announced that a secret achievement had been unlocked. The excitement of a secret achievement being unlocked was like Christmas morning to my kids. This achievement, Locker Expert, was game changing. My classes worked harder, practiced more, and learned faster than most of the other 5th graders because they all wanted the Locker Expert card worth 200 AP!

My Task Master chart with student names hidden under the Post-Its.

Chris’ gamification system also tied in with many other systems I already had functioning within my classroom. For example, I have a Jobs system within my room. The students apply for classroom jobs on a monthly basis and then students are selected for hire each month. In the past, I would pay them with fake money which they would then use in a classroom store with tangible items. This was no more, thanks to gamification. Now, the students were paid for the jobs in AP. The students could use their AP at any time by shopping the item shop listed within my website.

The best part of the Item Shop was that all of the items were non-tangible which increased extrinsic motivation. The Item Shop, initially made me nervous because I was used to providing my students with tangible items as rewards. It always seemed to me that what they wanted was stuff! They wanted toys, food, and supplies. Chris convinced me that they didn’t need stuff and that I could come up with a list of items that were non-tangible that would be just as sought after. Boy was he right! I still can’t believe he was right about that! Some of the most popular items purchased from the Item Shop are as follows:

Purge: This was hands down the most bought item all year. This cost was 500 AP and it stole XP points away from the other class on the class vs. class leaderboard. Since the leaderboards were updated bi-weekly, they would see the results of the class vs. class competition and immediately begin purging so their class could take the lead. They loved it!

Music Pass: This was the second most bought item. This cost 400 AP and could be used to listen to music using headphones as they worked on a class assignment on the laptops.

Forgiveness: This was the third most bought item. This cost 400 AP and could be used to turn in an assignment late without being penalized for a late grade.

Looking back on the year, I am very happy with all of the ways I was able to use game-mechanics in my classroom. While I definitely utilized many of the mechanics I set out to, there are still so many that I haven’t even touched. There are many single player and guild achievements that I had originally listed on my site that I did not keep up with this year. I definitely plan on utilizing more achievements next year, but overall I couldn’t be happier with the way my first year ended. The students remained excited until the very last day when the winning class was announced for the year. Their award: the first class ever to be named and listed on the all-time-leader board!

Gamification has been on of the best tools I’ve added to my teacher tool belt. I have peaked my student’s interests in ways I never imagined all while still teaching the curriculum and managing my everyday classroom routines. Gamifying my class has improved my classroom culture beyond my wildest dreams.

On behalf of Rachel: Until Next Time,