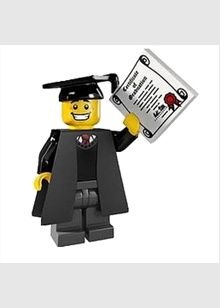 I write a lot about some of the prevailing narratives in education technology. (I can’t help it; it’s my literature and folklore background). “Sputnik moments.” Failing schools and falling test scores.

But today at Lego Education’s STEM Summit, I heard a strong counter-narrative to the one that says more testing is more better.

It was articulated by a CEO — Pitsco‘s Harvey Dean who pointed to the rise of standardized testing leading to a decline in tech programs. “Teachers don’t have the time” to incorporate hands-on learning and scientific experimentation in their classes, he argued, “and that’s a crime.”

It was articulated by Jeffrey Rosen, from Georgia Tech’s Center for Education Integrating Science, Math, & Computing, who noted that “everything in the classroom is driven by that four-letter-word. The one that starts and ends with T.”

It was articulated in almost every panel session, every casual conversation: if we have veered off-track with education in this country, if we are failing to equip students for the future, then standardized test scores aren’t necessarily the symptom. They might just be the disease.

Of course, it’s not surprising at a summit sponsored by Lego Education and National Instruments that the push here is for hands-on learning as the key to improving students’ STEM competencies. It’s something I’ve written about recently when it comes to STEM at the college level. But at the Lego Education STEM Summit the focus was on K-12, and panelists spoke, for example, about the role that robotics clubs have played in boosting students understanding of math and science.

But they also talked about the other crucial things that come from embracing these sorts of activities — in and out of the classroom. Pitsco’s Dean argued that hands-on learning moves the locus of responsibility to the student, not the teacher. Georgia Tech’s Rosen noted that working in FIRST Robotics and Lego competitions drives students to become learners, and just as importantly arguably, it drives the teachers to learn more — so that teachers can stay ahead of their students, sure, but also so that students and teachers can learn together.

This was Lego Education’s inaugural STEM Summit, held in conjunction with ACTE‘s upcoming conference. The keynote speaker was NASA’s Leland Melvin who gave one of those inspiring talks that made me want to be an astronaut (apparently, there are job openings). And it’s Lego, which remains for both young and old, one of the most beloved toys and an obvious path to get kids interested in building and making.

So the next step, speaking of narratives I guess, is to help get this conversation back on track. It’s about convincing administrators that these types of hands-on learning experiments do have positive outcomes and can be assessed. It’s about convincing parents too to let go of their hand-wringing and accept play back into their children’s lives. It’s about supporting teachers — particularly those who don’t have STEM backgrounds — so that they can incorporate these projects into their classrooms. It’s about convincing kids that building Legos and robots are fun. Oh wait… Well, it’s about demonstrating to them that math and science do have a real, practical purpose.

And it’s about helping get the story out, I think, that when we talk about this country’s failure to support STEM education adequately, that it might just be because we’re spending time teaching students how to fill out multiple choice exams and not how to be creative problem-solvers.

Disclosure: Lego Education and National Instruments paid for my travel to the event in St. Louis.