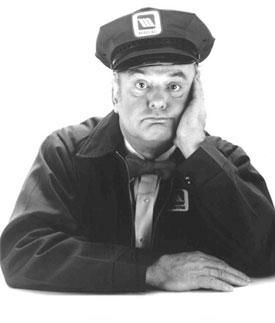 If you live in the US, you will understand the lonely repair man who sits in his office and waits for something to break, in order to keep him busy and provide value and purpose to his life.

I have a theory about how he spends his time, but read on.It used to be that when something broke with my home appliances, I would procrastinate, then finally call our local repair man, who would schedule a time, when I was home, to repair the broken item. I must still say, that I have a broken turn table on my microwave and a broken water flow on my refrigerator door that have not been addressed. However, for me, a simple project arose and I was determined to fix my dishwasher dish racks that had begun to rust and fall apart.

Two weeks ago, I found the model number on my dishwasher, used my google search, found an online appliance parts store. Now, the dishwasher parts were expensive, but still cheaper than a new dishwasher. When I looked at the dishwasher rack, I told myself that I could fix it!

Then part way down the page I found a video, titled, replacing your dishwasher racks, on youtube! I wondered why a repair parts place would have a video for repair people to watch, didn’t they already know? I watched the video and thought to myself, I can fix this. So this video isn't for the lonely repairman but rather you and I.

I searched out two parts online stores, found a site that did not charge a shipping cost, and spent half of what the dishwasher would cost if we replaced it (minus labor and time for my husband to install the new dishwasher). The online parts store claimed the parts would ship out that day and I would be installing parts the next day. There was an online chat associate who helped me confirm the correct part number and rack and I ordered the two racks.

The next day there was a huge box in the garage and I looked at it. I considered opening the box, but decided to wait for the weekend.
Two days later, I loaded the youtube video, opened the box and uninstalled the old racks, carefully watching the process so I could attempt to reverse it. Then I watched the youtube videos, several times. All I needed was a screwdriver and kitchen table knife. I went to work. Finally with enough bravado I got my screwdriver, YouTube video and I went to work. It was easy enough to take the racks out. Then I began with the video, again. When I was sure I understood the process I began the repair. The old, rusty, top rack came out easily and I unpacked the new rack, slid it onto the roller and secured it into place. Next came the bottom rack. I needed to take out the spray arm first, then I was able to,slide the old rack out, replace the new rack, and before I installed the final clip to the roller, I needed to go back to the video one more time! After one more viewing I was ready to finish this project. I was happy. My husband was happy he did not need to figure this out, and we have a pretty, updated, working dishwasher. When I shared this with my teaching partner she said she used YouTube when she needed to learn how to put air in the tires on her car. Where else would you learn how to change a battery on your ipod? Another friend learned how to take care of a wild rat, as well as how to plant azaleas, and yet another friend learned how to clean a slow draining sink and at the same time she learned to sing in the shower the proper way! Yet another friend learned how to make a ninja mask from a tee-shirt. I could go on and on. Lastly, a friend checked out how to make 3D books with her students on YouTube. Now that is what I am talking about! It is like having that lonely repairman in your back pocket! (Maybe he spends his time on youtube looking for something else to do?)

So, why are we still turning off YouTube in our classrooms? Check it out, youtube.com/schools