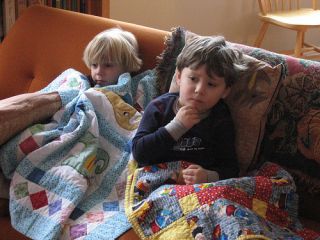 {Cross posted on Welcome to NCS-Tech!}

As a child of the late 60s and early 70s (born in 1962), I remember Sesame Street very well. Though I spent more quality time with Spider Man, Rocky and Bullwinkle, Scooby-Doo and Felix the Cat, I definitely remember the influence of Sesame Street in our home and in our community. The concept of television teaching children ANYTHING (much less how to read) was revolutionary, but it quickly gained a reputation for results. According to Wikipedia, "The effectiveness of the show was almost immediately apparent. In Sesame Street's first season, the Educational Testing Service (ETS) reported that the cognitive skills of its young viewers had increased by 62%" (Source: Time Magazine.) Even so, the notion of TV-based learning was hard for some to accept. How could such passive technology really make a difference in a child's intellectual development?

Games and gaming seem to be in a similar place right now. Can they make a difference in a child's development? Can they help kids learn how to read? To reason? To problem solve? The answer is yes. For some background, take a look at this page on Chris Smith's terrific blog, Shambles.net. Though we've never met personally, I've known Chris for years. We met in Second Life. So, I was intrigued when I got an email from Nukotoys, the company developing the game Mission to Planet 429 (MP429). The press release / website tagline screams: VIDEO GAME SUPPORTS READING IN SCHOOLS. Wow. Could it be? I watched the videos, checked out the screenshots, explored the company principals and its founders, read about how they are funded by a grant from the Department of Education, and considered the impact of their partnership with WTTW in Chicago. This, I thought to myself, could be big. Really big. So, I knew I had to share about it here. Could what they are crafting here - an immersive, 3D, browser-based learning environment, incorporating a companion public television show and printed books - represent the "Sesame Street" of the 21st century?

Targeted at 1st through 3rd grade students, the program seeks to build reading comprehension abilities in an immersive environment incorporating vocabulary frequently used in academic text and problem solving skills. The goal is to inspire "confidence and ability to pursue their own interests by reading." The game utilizes "strategies that empower readers" including:

Sure sounds like an immersive learning experience to me. Then, my inner skeptic kicked in. "Come on," I thought to myself. "Is this just another gimmick, another company trying to exploit the nation's educational system for financial gain?" Did these people consult with actual educators when they developed the product? As it turns out, Bruce Homer, Associate Professor at CUNY and Primary Investigator at the Games for Learning Institute is an advisor to the program, and Teacher Advisors from the Academy for Urban School Leadership in Chicago have been involved too. I'd still like more information on how the program design was informed by these folks, but it's a start. The company also tells me they are taking a different approach to game development, utilizing a team "creatives, technology experts and educators." Interesting... Okay. But how is the gameplay? I have plenty of experience with linear (read: boring, predictable and not challenging) games. I'm told that MP429 is "a free roaming experience" that utilizes a "guided trail system" incorporating directional "arrows appearing at the avatar’s feet," but players are "free to roam and play the games in any order." In a nod to science education, simple machines figure prominently in the environment, incorporated into a carnival games atmosphere, challenging the students to understand and interact with puzzles of varying degrees of difficulty in order to progress. This brief video gives a very general idea of the in-game experience:

I'm fascinated by the connection between the game and the TV show being developed for broadcast by WTTW (a PBS station in Chicago) in 2011. According to the firm, they are "defining a new category of adventure/game play where several pieces of media will influence each other. Not only the TV show and game but also books." So here's the hook to the 21st century "Sesame Street" - imagine a student using this resource at school, with supplemental books in their backpack for reading anywhere, a TV show they tune into at home, and a browser-based game they can sign into from any computer with Internet access. I find this mental image compelling. I can see kids at all ranges of skill and ability being attracted to and intrigued by this model. Some will be engaged by the game, some by the TV show, others by the books. Something for everyone. Or so it seems... Summative data from their Chicago pilot will be available in August. There will be a "soft rollout" to 2,000 schools and libraries at the end of the summer. I'm looking forward to learning more about this program and to see if their model, incorporating Internet gaming, television and printed books takes off. What do you think? Can you see something like this becoming popular ... and being effective? What challenges will they face? Join the conversation in the comments! -kj-