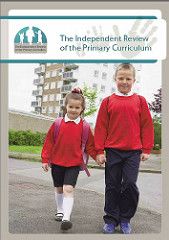 (this is part 2 of the post that Cheryl Oakes started on Tuesday... a "passing the baton" of ideas, if you will)

One reason we bought our house was because it had a sump pump. It has served us well over the past 5 years, only coming on when needed (rarely), dormant and waiting and ready to serve the rest of the time. It is there for the "worst of times and the best of times" and we never think about it. It's our insurance; our backup. Never did we think of backing up the backup.

Enter "Ice Storm '08" and 12 hours of no power and we have our first flooded basement. If we could have kept the sump pump going, we wouldn't have had a drop down there. Solution: backup the backup. Time to get a generator so this never happens again.

I feel a bit embarrassed that I never thought I needed a generator and yet knew the importance of the sump pump. My mind stopped at the first line of defense and didn't travel further into thinking about what would happen when that was in danger. Bringing this back to the world of computers and important data, what's your backup's backup?

As Cheryl stated in Tuesday's post it's not a matter of IF it will happen, but WHEN it will happen. Let me state this clearly: your computer will die someday. It will never die at a good time. It will always be a bad time when it decides to leave this world behind. I know, I know... you don't want to hear any of this. You paid so much money for the thing, and it's been so loyal, day in, day out. But it will betray you on a day when you most need it and leave you high and dry with a dark cloud of technology blues hanging over you. If you don't have a backup, you will learn first-hand that this was a foolish way to live and you will vow to change your ways because now you know the pain. Will you, however, be ready for the pain when your backup also dies?

This weekend with the ice storm, I spent most of my time sucking up water with a wet vac. The carpet guys came with their big fans and it looks like we're going to be ok... the rug may not need to be replaced. I could go back into denial and forgo the purchase of an expensive generator, thinking, "This was a fluke. Rain and power outage together... Chance of it ever happening again are pretty slim. Why bother backing up my backup? I just dodged a bullet. I'm safe."

Last weekend I spent my entire Sunday at the Apple Store in Portland, ME as the expert and aptly named "Geniuses" sucked all the data off my barely one year-old computer in order to put it on the new computer that I was forced to buy due to the inconceivable death of the old one. I stayed all day waiting for the data to be transferred because just the day before, my main backup drive that I use faithfully every day to backup my data suddenly became unreadable. It was a blank slate. I did have another backup because I've learned to backup twice every day with two entirely different hard drives, but this was done in a format that isn't as friendly to restore (OS X's Time Machine)... more of a temporary solution. With only one shaky backup at home, you bet I waited for them to transfer all my data to the new machine. That night, I immediately backed it up all over again. Twice.

There's a new service I ran across the other day, called BackBlaze that will automatically backup your data from your computer to their servers. The price is cheap: $5 a month per computer with no storage limit. Having your data offsite ensures an extra layer of safety in the event of a fire (or other castrophe) that would take out the two external backup drives that are sitting right next to each other. I'm considering it... that would give my backup's backup a backup. I know... this can get out of hand.

How about you? Do you backup your backup? Do you have an "off-site" backup system? Please answer the poll below:

Two important new reports, and associated consultations, are now available. These are the eagerly-anticipated interim report from the Rose review of the primary curriculum in England and Wales, and the government's ideas on what a world-class education comprises and the associated school report card.

The good thing about the interim report is that it emphasises the importance of ICT in the primary curriculum. I'm not so sure about the 21st century school document.

Here are some welcome suggestions from the Rose report:

It will also be increasingly important that children have the ICT skills which will enable them to
apply the technology of the future and meet the challenges of an uncertain world, with confidence and flexibility. A sound grasp of ICT is fundamental to engagement in society, and the foundations for this engagement must be laid in primary schools. Along with literacy and numeracy, the use of technology to develop skills for learning and life should be at the core of the primary curriculum. (My emphasis)

It's a real shame that the report didn't go that extra mile -- or extra inch, really -- and extend the definition of "literacy". It states that:

"the three curriculum aims (successful learners, responsible citizens and confident individuals], together with literacy, numeracy, ICT and personal development, will be at the heart of the new curriculum...".

Then, in the very same paragraph, the report defines literacy as:

However, the report does acknowledge that:

"The central importance of literacy, generally understood as the ability to read and write, is undeniable. However, the concept of literacy has broadened so that the values, for example, of scientific, technological, mathematical and economic ‘literacy’ are recognised by society and schools to a far greater extent than ever before. The effects of being ‘illiterate’ in this broader sense are all too obvious and likely to deepen as the world our children inherit depends increasingly upon understanding in these domains."

It also says that:

"The Review’s remit insists that literacy, numeracy and ICT must be prioritised."

The report also recommends that the QCA and Becta work together to consider whether some aspects of the Key Stage 3 (secondary) curriculum would be better taught in primary education. This, to me, is an acknowledgement of what is already well-known: that in many areas the pupils are doing brilliant stuff in primary education and then have a dumbed-down experience when they enter secondary school.

You can download the report, which is pdf format, from here. You may comment on the report (by the end of February) by using the contact details shown here.

This sets out the government's vision of a 21st century school, and introduces the idea of a school report card. This would enable parents to see what a school is like at a glance.

It's good that technology and ICT is emphasised, as in this, for example:

"Better use of the opportunities provided by modern technology will enhance all of the
dimensions of a world-class education system."

But there's not much more detail than that, and there's nothing about ICT on the draft report card. No doubt the argument will be that if the school has got the ICT right the other stuff will follow, or that if the vision has been realised it would imply that the ICT implementation is sound. Even so, I think I would have liked to see a bit more meat on the bones, as it were.

To take part in the consultation, go here -- although it doesn't seem to be there yet.