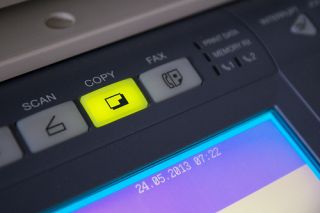 I like to think that had there been anti-plagiarism software around when I was at school, and had my English teacher used it, I’d have been saved years of wasting time looking for ways to make money. I’d have enjoyed more sleep too.

Let’s start at the end. In 1990 I earned my very first payment for an article I’d submitted to a magazine, after ages (about a year, I think) of trying, being turned down, trying again and so on. (In fact, I was sure at the time that the editor eventually accepted an article because she felt sorry for me!)

After a couple of years of being able to supplement my income with earnings from writing, Elaine finally managed to persuade me to bite the bullet and give up all the other jobs I’d “collected” – initially to help me pay the mortgage, and then because of a fear of letting go.

So what were these other jobs? Well just to give you an idea, at one time, apart from my full-time job as teacher and Head of Department, I was teaching four evening classes a week and running a small business with a friend in the USA. That was apart from being involved in a couple of professional associations.

So what did all this have to do with my English teacher?

When I was 14 (and yes, before you say anything, it was a long time ago), he told us to write a piece of fiction for homework. I was very interested in cinematography at the time, a hobby that I pursued through a youth club. So I decided that rather than try to write a short story, I’d write the minutes of the AGM of a fictional film society. I handed it in, and it came back unmarked. In the English teacher’s words:

If you wrote that yourself it’s very good, but I think you copied it from an actual Report.”

I suppose I should have been flattered that my work of fiction was so convincing that my teacher thought I’d copied it. But I think it probably made me feel that in his opinion I was usually so useless that I couldn’t possibly have done it myself. Perhaps also I was unhappy that he would think I’d stoop so low as to cheat, on the basis of no evidence of ever previously having done so. To be honest, I don’t remember. All I know is that I think it had the knock-on effect of not encouraging me to feel I could write.

Had anti-plagiarism software, or even just the internet, been available in those days, perhaps my English teacher would have done a quick search (possibly without even telling me: why make me feel bad for no reason?). Then, upon discovering that my work really was original, perhaps he would have encouraged me in my writing. He might have pointed me to the works of Borges, who, amongst other things, delighted in writing reviews of of non-existent books.

As a consequence, I might have discovered much earlier that I could write well enough to be paid for it. I’d have had more evenings at home watching TV or reading. I wouldn’t have tried to run a business with a partner based several thousand miles away, before email or Skype had been invented, and when transatlantic phone calls cost £1 a minute.

I’d have got more sleep.

I don’t regret the way things turned out, because I enjoyed everything I did, and because it is as it is.

But I can’t help thinking that had anti-plagiarism software been around (or had my English teacher been more trusting), it could all have been so different.