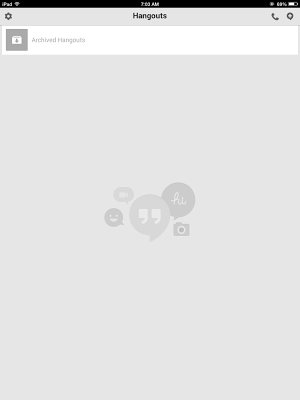 Google Hangouts for iOS is another must-have app for those who rely heavily on Google Hangouts to connect with others. The app allows for the usual video connecting and messaging as well. One of its more interesting features is that you can make free voice calls in the US and Canada, right from your iPad. I used the Google Hangouts app for a vodcast and it worked as well as my desktop. I also used the app to make a phone call and that too worked beautifully. Google Hangouts is available in both an iOS version and Android. Check out Google Hangouts in the iTunes store. (Google Hangouts)